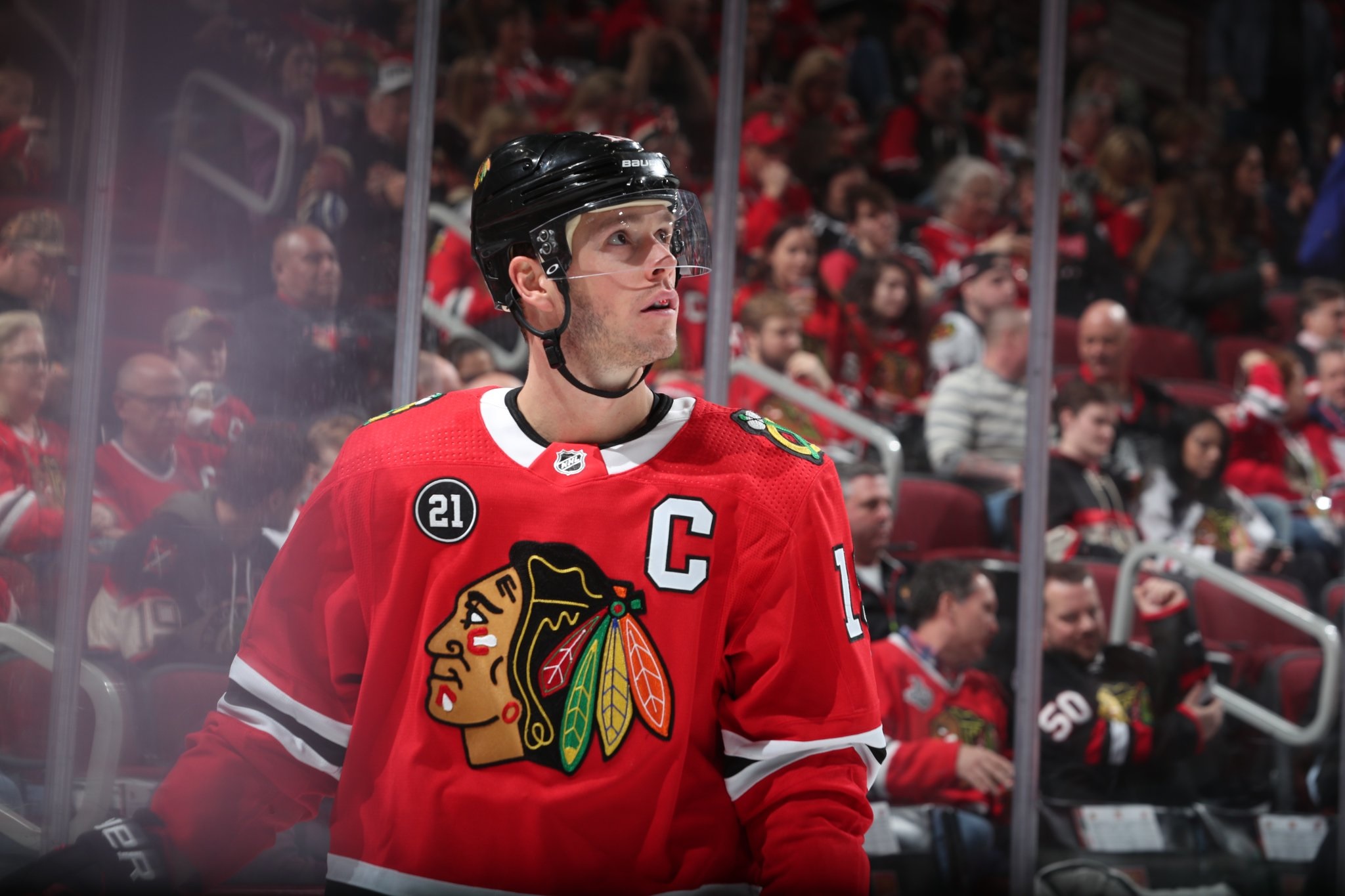 When the Blackhawks visited the Devils in New Jersey on Jan. 14 Chicago took one of the ugliest losses of the season, falling 8-5.

Cam Ward started that game but didn’t finish it.

Ward was back between the pipes against the Devils exactly one month later, this time in Chicago, and he was certainly looking for some redemption. The Devils came in missing some key players, including Taylor Hall.

Jersey scored the first two goals of the game, but Ward had a terrific first period. Damon Severson scored at 7:14 and then Travis Zajac scored a power play goal at 16:42 to give the Devils their lead but the action was controlled by the visitors for the game’s opening 18 minutes.

Ward was playing so well the Blackhawks just needed a little bit of a spark to get some momentum. And they got it from Patrick Kane with 1:43 left in the first.

Dylan Sikura made a strong play against the boards and held onto the puck just long enough for Kane to join the rush as the Hawks’ sixth skater with Jersey having a delayed penalty coming. Sikura and Artem Anisimov were credited with the assists.

Jersey out-shot the Hawks 14-13 on paper in the first but the opening 20 minutes felt a lot more one-sided than that.

Whatever Jeremy Colliton said during the first intermission worked.

Because 20 seconds into the second period, Drake Cagguila tied the game.

With an assist on the Cagguila goal, Kane breaks Stan Mikita’s franchise record for consecutive games with an assist. Kane’s streak is currently at 15.

Kane started a rush 13 minutes later, leaving the puck for Slater Koekkoek who found Jonathan Toews for the Blackhawks’ third goal of the night, giving Chicago the lead for the first time.

Cagguila wisely drove the net and slammed on the breaks to provide some traffic on the play and Toews’ one-timer was true.

When the dust settled after 40 minutes, the Blackhawks had out-shot the Devils 15-10 in the second and took a 3-2 lead to the room.

New Jersey continued to have good chances denied by Ward early in the third period. Anisimov extended the Blackhawks lead to two 13 minutes into the third.

Unfortunately Marcus Kruger went to the box 76 seconds after the Anisimov goal.

Saad exploded up the ice and scored his own rebound for a short-handed goal, giving Chicago a 5-2 lead late in the third.

Chris Kunitz played his 1,000th regular season game on Thursday night. He was honored before the game, was on the ice for the first shift of the night and Colliton sent him out for the final shift of the victory as well.

Ward made 41 saves and earned the Blackhawks the win. The game could have been blown wide open in the first period if not for Ward’s exceptional work.

Kane finished the night with one goal and two assists. Anisimov and Saad had one goal and one assist each and Toews scored the game-winning goal. Chicago’s captain also won 12 of 22 faceoffs.

Cagguila had a great night, playing a strong, physical game all over the ice. He added three hits and three shots on net to his goal in 15:44 on the ice. Koekkoek was credited with four hits in the game and his assist on the Toews goal is his first point with the Blackhawks.

45 thoughts on “Cam Ward, Blackhawks Show No Sympathy For The Devils”