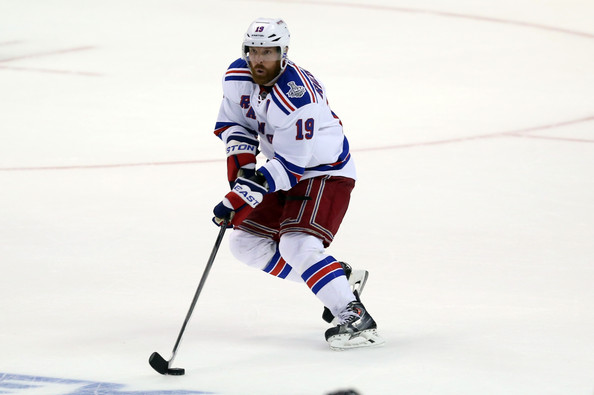 The Central Division, arguably the best in the NHL last season, made some of the more notable moves as free agency opened on Tuesday. With two more big-name centers being added to the group, and another changing teams within the division, there is no question that the Central is now home of the deepest group in the league.

Last season, only 57 centers in the NHL took more than 1,000 faceoffs. With the additions of Jason Spezza in Dallas and Brad Richards in Chicago, 12 of those 57 are now in the Central.

Of those 57 centers, only 28 took 1,000 faceoffs and scored at least 20 goals. Including Spezza and Richards, seven of those 28 are now in the Central.

Only 18 centers in the NHL scored at least 20 goals last season while winning at least 50 percent of more than 1,000 faceoffs. Six of those 18 are now in the Central; Richards won 49.76 percent of his faceoffs last year, ranking 19th among centers with at least 20 goals and 1,000 draws.

The Blackhawks (Jonathan Toews, Richards) and Blues (Stastny, David Backes) have two on the list, while Colorado loses Stastny to their division rival.

As free agency continues in the coming days, and trades begin impacting rosters around the league, teams will be chasing what was done by the Central Division on Tuesday. With Ryan Kesler moving to Anaheim and Los Angeles the reigning champions, it’s clear that the West is the best in the NHL.