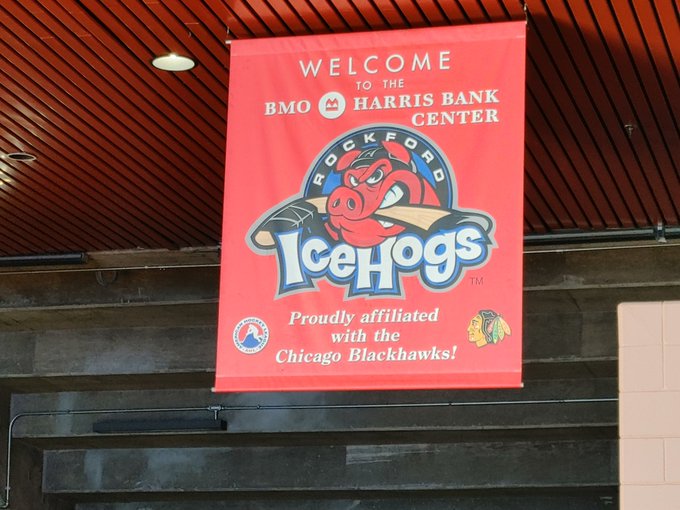 On Wednesday morning, the Chicago Blackhawks held a significant press conference in Rockford.

The Hawks announced the organization has purchased the Rockford IceHogs, their AHL affiliate since 2007. The deal will keep the IceHogs in Rockford through 2036. We initially reported the plan to buy the IceHogs on March 3.

The Blackhawks announced a $23M plan to renovate the BMO Harris Bank Center, where the IceHogs play their home games. Funding for the renovations will be split between a $13M commitment from the Illinois Department of Commerce and Economic Opportunity (DCEO) and $10M in short and long-term capital from Rockford Area Venues and Entertainment Authority (RAVE) and the City of Rockford.

RAVE has been paying the Blackhawks $400,000 per year as part of Chicago’s affiliation agreement.

“The City of Rockford, RAVE, the State of Illinois, and the Chicago Blackhawks are partnering to invest in building improvements to the BMO Harris Bank Center, home of the IceHogs. Fueled in part by Governor Pritzker’s bipartisan Rebuild Illinois $45 billion capital plan, the project will modernize Rockford’s largest destination asset, creating over 250 construction jobs, retaining hundreds of existing full-time positions, and generating millions in economic activity to the region.”

Since becoming the Blackhawks’ AHL affiliate, 128 IceHogs players have appeared in an NHL game, 97 of which have skated with the Blackhawks.