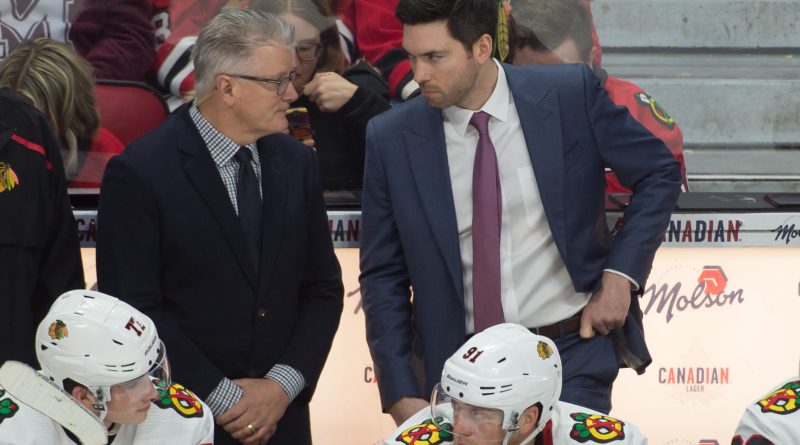 The axe has finally fallen. The Chicago Blackhawks have relieved Jeremy Colliton of his responsibilities as head coach.

The Hawks also fired assistant coaches Tomas Mitell and Sheldon Brookbank. Marc Crawford will remain on the staff, but will not be taking over as the head coach.

Derek King will be promoted from Rockford to serve as the interim head coach. Acting general manager Kyle Davidson pulled the trigger on firing Colliton. Anders Sorensen has been elevated to the head coach position in Rockford.