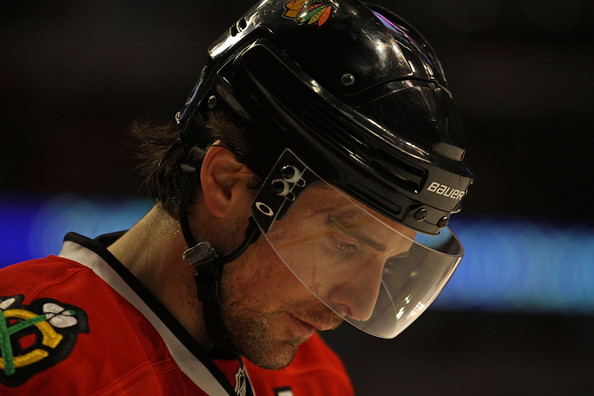 In the wake of news that the Hawks could be looking at a couple weeks without Patrick Sharp, many fans are starting to jump off the bandwagon.

As Lee Corso says every Saturday in the fall: Not so fast!

There are plenty of reasons for hope as the Hawks finish their regular season and push for another Stanley Cup. Consider some interesting facts regarding players the Blackhawks are missing:

These numbers are not presented in any way to diminish the production of the team’s leading goal scorer and an important center, but both Sharp and Bolland had been struggling before getting hurt.

Fans have begged the big name stars to step up, and the response has been strong. Hossa and Kane have been scoring at an elite level on separate lines, and Toews has only been mentioned once.

Fans worry about there being no depth, but all of these crucial parts of the game – special teams, faceoffs, game-winning goals – are being brought to the table by secondary players.

And fans worry about the Blackhawks being able to win games. While key players have been hurting all year, the Blackhawks have been able to maintain their position in the thick of the Western Conference playoff race and are still in a strong place.

The wild card is who will step up as the games continue to be played. But so far, someone has stepped up almost every night.