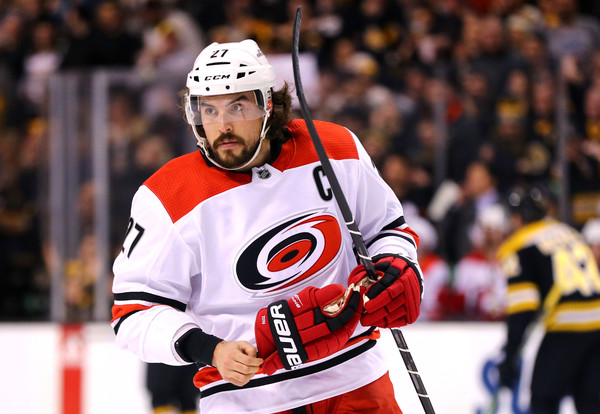 Earlier this week, Scott Powers of The Athletic reported that the Blackhawks have had trade discussions with Carolina surrounding defenseman Justin Faulk and former Hawks netminder Scott Darling.

SportsNet’s Elliotte Friedman furthered the rumor in his “31 Thoughts” column this week, writing: “Trade that might only make sense to me: Scott Darling for Marian Hossa, with the Hurricanes keeping money on the goalie… Blackhawks clear cap room and gain security if Corey Crawford is unavailable. Carolina can go elsewhere in net and save actual dollars.”

On Tuesday, Mark Lazerus of the Chicago Sun-Times reported that Carolina has their eyes set on Brandon Saad.

How would all of the money work?

No concrete proposals have been reported, but enough has been written by reputable sources that there has to be more than smoke here. Would the Hawks move Saad one year after bringing him back? And what would be the dominoes that followed a potential acquisition of Faulk with the Blackhawks having a crowded blue line? After all, the Hawks just signed Henri Jokiharju, their top prospect, on Tuesday.

Carolina has seven picks in the 2018 NHL Draft. They do not have selections in the third or fifth rounds, but do have two picks in the fourth and seventh. The Canes moved up from the 11th pick to the 2nd overall selection in the NHL Draft Lottery as well.

Chicago has eight picks in the 2018 NHL Draft, including two first round selections (#8 and 27).