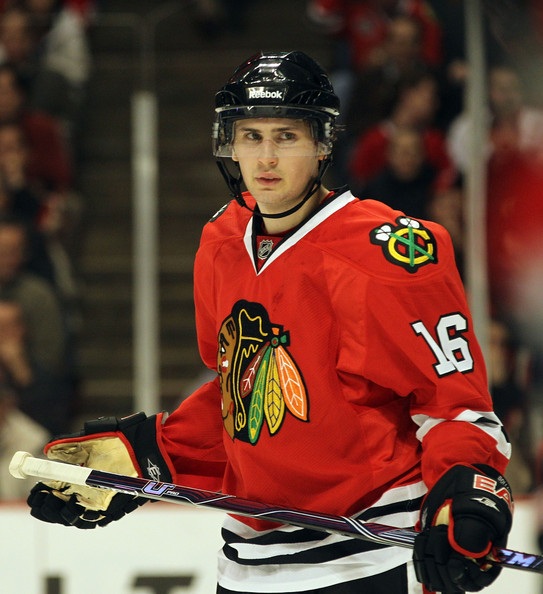 All the hyperbole can be thrown out the window. It was a huge game for the Chicago Blackhawks, one they had to win. And they did.

However, this game brought something new to the mix.

Brent Seabrook earned the game’s first star, scoring the game-winning goal to open the scoring in the second period. Seabrook was also credited with one assist, three blocked shots and two hits in 22:05.

Jonathan Toews had yet another multi-point night, being credited with two assists. His second was his 48th of the year, a new career high.

Also registering a multi-point game (again) was Patrick Kane, who scored his 25th goal of the season and added an assist.

Tomas Kopecky added his career-best 14th goal on a beautiful play, set up by crisp passes from Michael Frolik to Marian Hossa, who set up Kopecky for a wide-open net.

The fourth goal was scored by Viktor Stalberg, who took a gorgeous pass from Toews in front of the net for an easy tally.

Again, the goals came from four different players, only one of whom is a “scorer” on this team.

The bigger story of the night was the debut of Marcus Krüger. After practicing with the Hawks just this morning after flying in to Chicago from Sweden on Tuesday, Krüger skated 16 shifts (11:37). He won two of five faceoffs, two hits, one takeaway and got called for his first NHL penalty in the closing moments of regulation.

Overall, Krüger’s first NHL was impressive because he didn’t make the big mistake. He was chippy, showing a willingness to go in front of the net or into the corners against bigger players and mix it up to get the puck. He took a hit to get the puck in deep on a couple occasions as well. Corey Crawford earned his fourth shutout of the season, keeping all 23 Florida shots out of the net. He wasn’t tested often, but he made big saves on a number of good Panthers opportunities to preserve the win.

This was a crucial win for the Blackhawks because, just moments after the game in Chicago went final, the Anaheim Ducks forced overtime on a Teemu Selanne goal with barely three seconds remaining in regulation. Rookie defenseman Cam Fowler won it for the Ducks early in overtime.