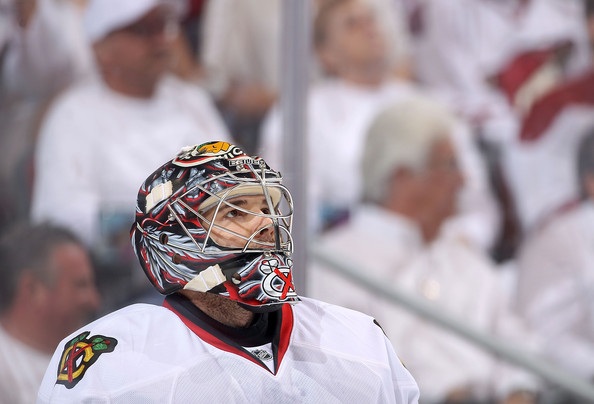 Corey Crawford and Carey Price will share the 2014-15 Jennings Trophy. The Blackhawks and Canadiens each allowed 189 goals during the regular season this year. Crawford, 30, finished the regular season with a 32-20-5 record, a .924 save percentage and a 2.27 goals against average. He also recorded two shutouts. Crawford ranked sixth in the league in save percentage.

This will be the second time in three years Crawford’s name goes on the Jennings Trophy.