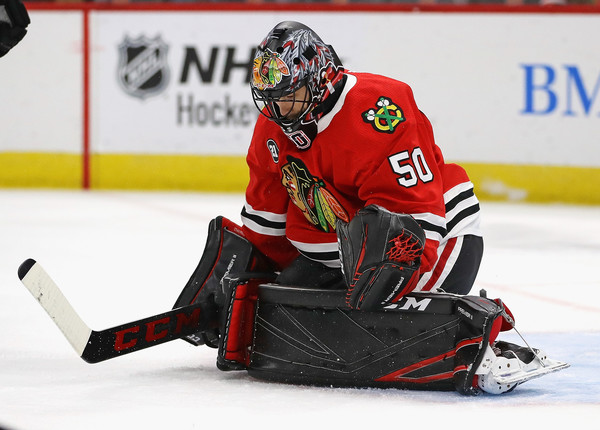 According to Mark Lazerus of The Athletic, Blackhawks goaltender Corey Crawford is close to returning to game action.

Crawford, 34, has not dressed for a game since leaving the Blackhawks’ game against San Jose on Dec. 16 at the United Center. He has a 6-14-2 record with a .902 save percentage and 3.28 goals against average.

His record is not completely indicative of his play this season; he took losses in many of the ugly early games this season. The Blackhawks won only three of Crawford’s final 19 appearances but scored more than three goals only twice in that stretch (one of which was a 6-5 loss at Winnipeg.