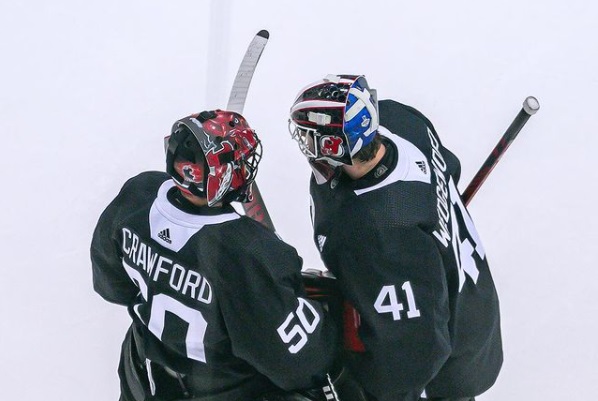 On Friday the New Jersey Devils announced veteran goaltender Corey Crawford is stepping away from the game to deal with personal issues.

#NEWS: We have released a statement regarding Corey Crawford: pic.twitter.com/2g6HSVh3kW

Crawford signed a two-year deal with the Devils this offseason. He had been absent from the first four days of the Devils’ camp.

He was a special player on some of the best teams in Blackhawks history and played a huge part in two championships in Chicago.

We sincerely wish Crow the best and hope he’s able to get himself into a better place.