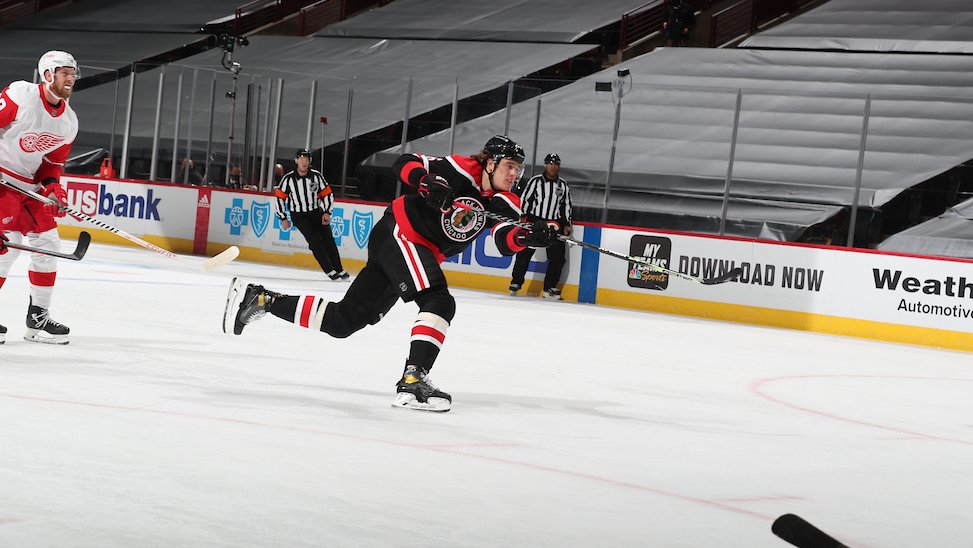 With the Seattle expansion draft looming, Chicago could lose a veteran defenseman to the Kraken. But they’re also in need of making a decision on the future of another big body: Nikita Zadorov.

Zadorov, 26, is a restricted free agent. According to the guys at The Athletic, Zadorov’s camp is seeking five years with a $5.85 million AAV. And there’s almost no way the Blackhawks could – or should – meet those demands.

And Vancouver could be a match.

On Thursday, Canucks GM Jim Benning commented on the state of his blue line.

Benning – Our defense moving forward… we're looking for size and strength. Right now with Hughes, Schmidt, and Rathbone, we have enough guys that skate well and move the puck out.

So the Canucks are looking to add size, you say?

How about a third deal that makes sense for both sides?

Vancouver has the number one goaltender of their present and future on the payroll. Thatcher Demko has shown the ability to be the man for the Canucks, and he has five years remaining on his contract at $5M per.

But the Canucks are also paying their backup, former Stanley Cup champion Braden Holtby, on the payroll for $4.3M for one more year. That’s a lot of money tied up between the pipes.

Could a deal of Zadorov for Holtby (perhaps with other pieces involved) make sense for both organizations?

Chicago got a long look at their young netminders this past season. Kevin Lankinen looks like he’s ready to be a quality NHL goaltender, but the Hawks are also working with Malcolm Subban and Collin Delia. And none of those three appears to be a guy who takes the Hawks back into the postseason in 2022.

Holtby, though arguably with his best years in the rearview mirror, would be a solid upgrade in net for the Blackhawks. He has championship experience and, with one year remaining on his contract at 31 years old, could be driven to perform well enough to get another multi-year deal in the NHL.

Holtby would provide some level of stability between the pipes for Chicago at a reasonable commitment of only one year.

For Vancouver, Zadorov would check the boxes Benning outlined on the radio Thursday morning. And his play did improve in Chicago this past season. Though his asking price may be too much for the Blackhawks, Vancouver may be more willing to meet the years and/or money he’s asking for as a RFA.

88 thoughts on “Could the Blackhawks Trade Nikita Zadorov to Vancouver?”