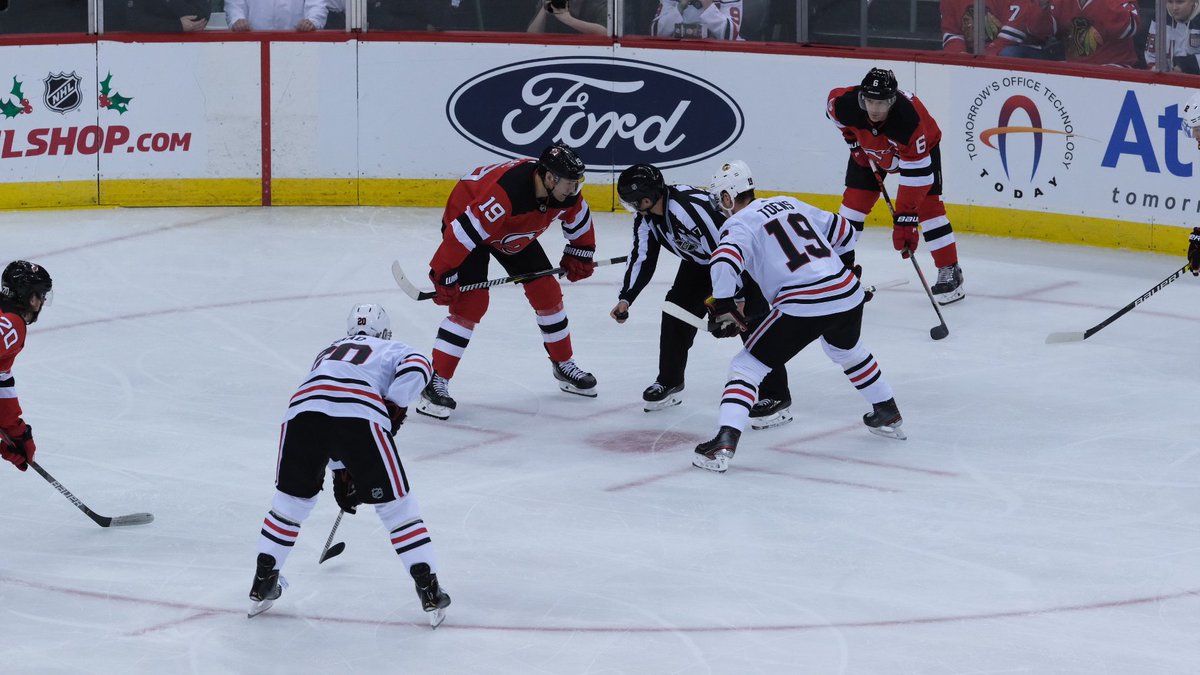 The night after an enormous, short-handed overtime victory in Boston the Hawks were at the other end of the standings against the Devils. New Jersey is still getting used to a new coach and they’re actively shopping Taylor Hall as they get comfortable in the basement of the Eastern Conference.

So of course the game ended in a shootout.

The Devils finished the first period with a 1-0 lead. Taylor Hall was the only scorer for Jersey while the teams were playing real hockey. But the real action in the first period came when rookie defenseman Dennis Gilbert dropped the gloves with veteran forward Wayne Simmonds.

Gilbert handled his business well but the Hawks were outshot 12-10 in the first. New Jersey benefited from having all three power plays in the first.

After snapping a 12-game scoreless streak last night, Alex DeBrincat scored a power play goal in the second to tie the game.

Dylan Strome and Patrick Kane were credited with the assists.

Regulation ended with New Jersey holding a 28-27 shot advantage. Both teams put two shots on net in overtime. Neither scored.

In the shootout, the game was decided by Kirby Dach’s tally in the fifth round.

Strome had a strong game. He won nine of 19 faceoffs and blocked three shots in 21:10. Jonathan Toews skated 19:40 and won nine of 15 faceoffs in the game.