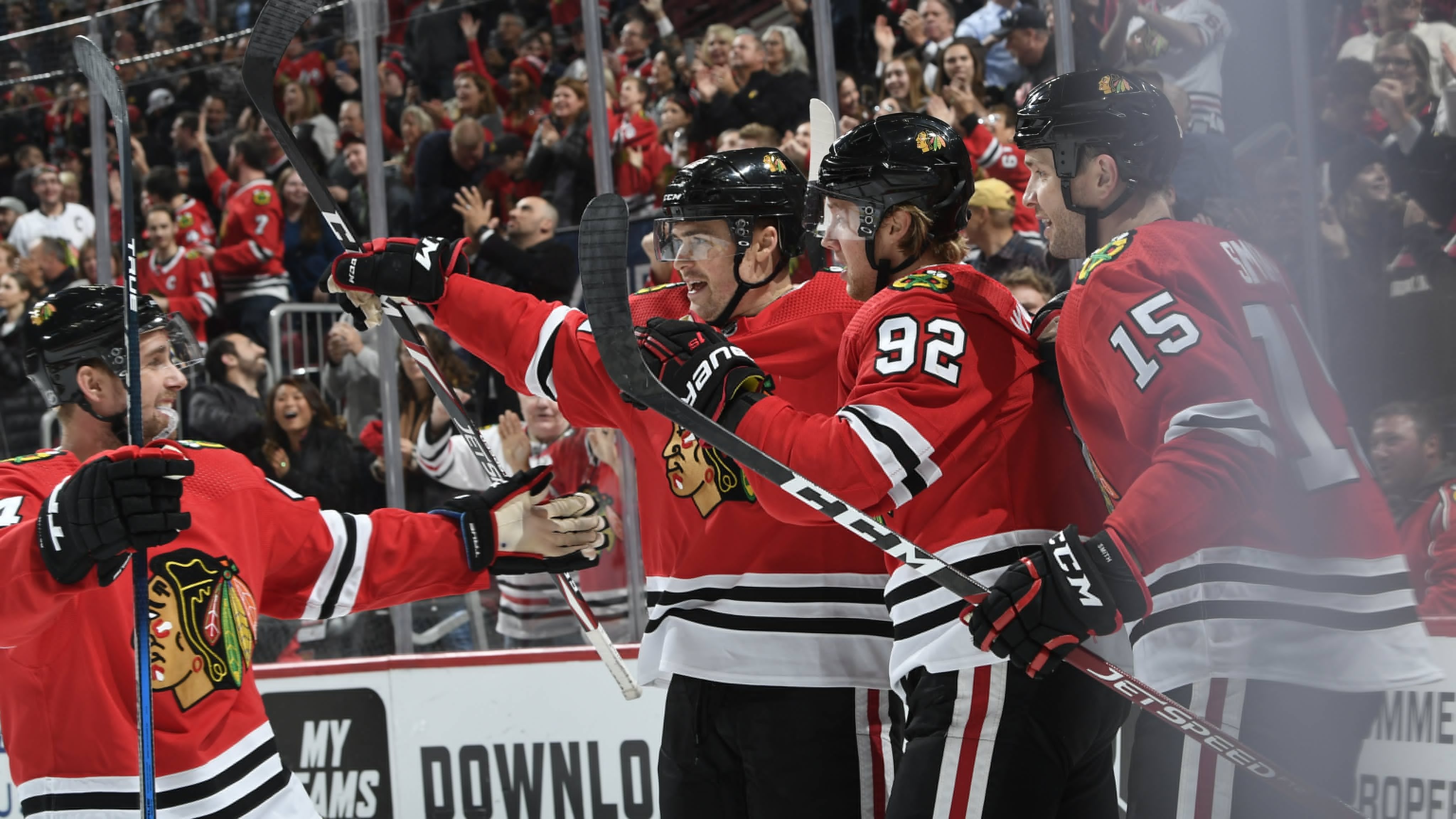 The Edmonton Oilers came into Monday night’s game at the United Center 5-0-0.

The Chicago Blackhawks entered the contest 0-2-1.

So of course the opposite of what everyone figured would happen took place.

Edmonton out-shot the Hawks 12-10 in the first period but neither side was able to get on the board. Corey Crawford looked terrific early on and the Hawks were skating with the Oilers.

Patrick Kane, who has haunted Edmonton since he broke into the NHL, got Chicago on the board first at 4:11 into the second.

In the second, everything changed when Andrew Shaw lowed the boom on Joel Persson. He dropped the Oilers defenseman less than a minute after Kane scored and was promptly jumped by Jujhar Khaira. Khaira earned a minor penalty for his actions after the play but the Hawks couldn’t convert.

After we complained about the Hawks getting owned in the second period in the team’s first three games the Blackhawks came out and dominated the second. Chicago held a 17-6 shot advantage, was the more physical team and controlled the tempo for nearly the entire 20 minutes.

But Chicago had just a lead of only one.

Alex Nylander didn’t get on the ice much in the first two periods but he made an impact early in the third.

Nylander’s second of the season gave the Blackhawks a 2-0 lead at 6:20 into the final period.

That goal would be a big one.

Dominik Kubalik went to the box with 3:02 left in regulation and the Oilers pulled Mike Smith. James Neal scored his eighth goal of the season while on the two-skater advantage to cut Chicago’s lead to one.

With about 40 seconds left Brandon Saad cleared the puck and chased it down to avoid an icing call. Then a crazy sequence took place in which Ryan Nugent-Hopkins blocked a Jonathan Toews shot at a wide open cage. The puck rested a couple inches outside the net for a moment before Saad tapped it in to extend the Blackhawks lead back to two. Saad had hit a couple posts earlier in the game and had played another terrific game so the goal was great payback for a good effort. The goal is also the 150th in the career of Saad.

When the final horn sounded Crawford held on for 27 saves and a big first regulation win for the Chicago Blackhawks.

Dylan Strome led Chicago with six shots on net. He was also credited with an assist and won half of his eight faceoffs.

Toews was credited with an assist and three shots on net. He won nine of 16 faceoffs. David Kampf had another strong night on the third line. He skated 18:02 with one assist, two takeaways, one hit and won eight of 14 faceoffs.

The deployment of the defensemen was interesting. Erik Gustafsson skated only 16:19, the second-lowest ice time total in the group; Calvin de Haan skated only 15:56. The Hawks’ blue line was physical though. The six defensemen combined for 20 total hits, led by six from Brent Seabrook and five from de Haan.

Connor McDavid was minus-two with only two shots on net in 26:21. He won five of ten faceoffs.