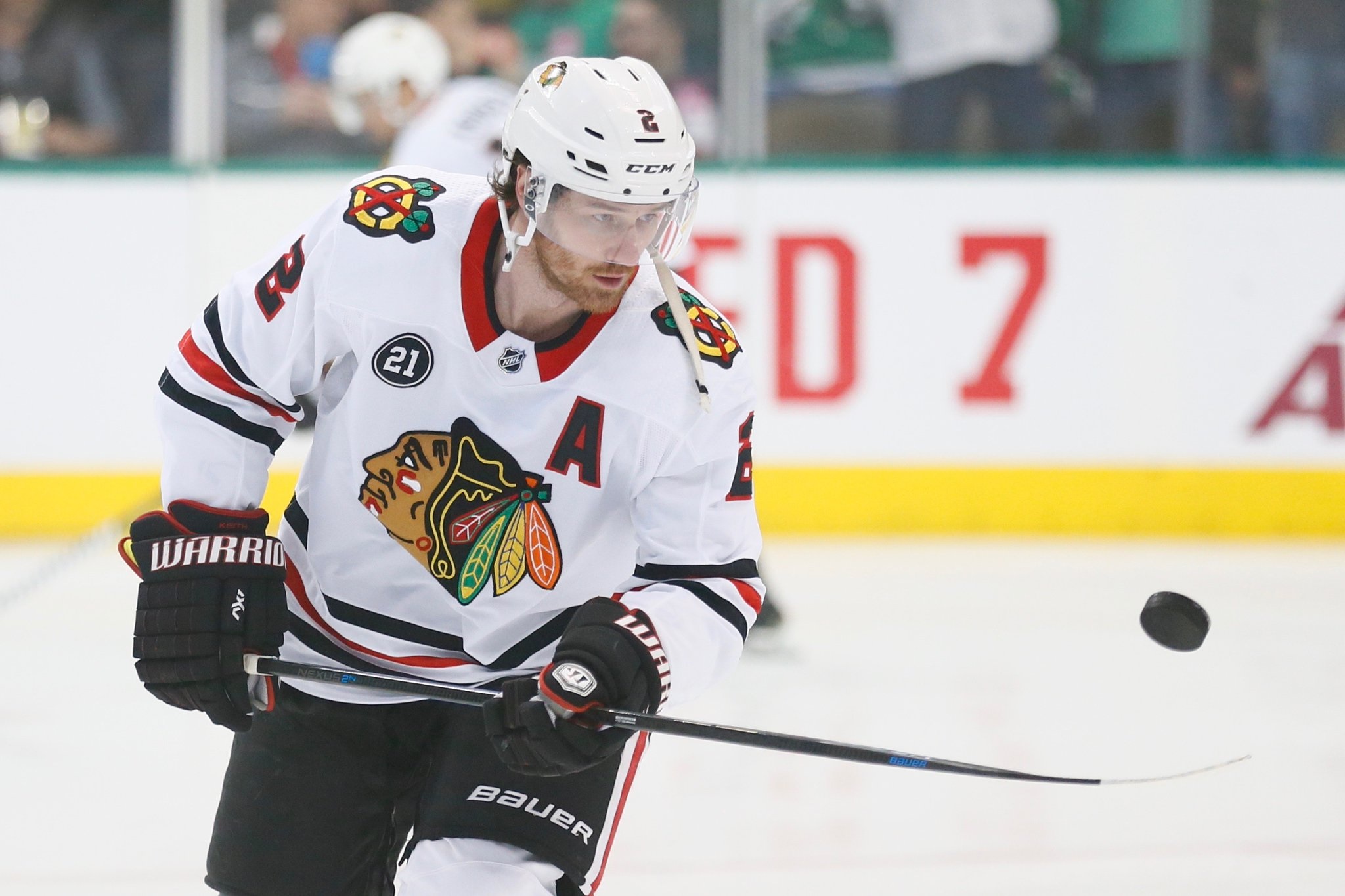 As the Blackhawks playoff chances continue to fade, Chicago ventured into Dallas for a divisional game.

Both sides have similar issues: lots of offensive ability and a lack of sincere concern for the defensive end of the ice. And the first period played out that way.

Five minutes into the game the Blackhawks took advantage of a 2-on-1. Chris Kunitz and David Kampf negotiated a smooth attack and Kampf put home his first goal since returning from injury.

The Hawks only held the lead for 73 seconds. Alex Radulov continued to own the the Hawks, scoring his 21st of the season.

Late in the first the Hawks took advantage of another odd-man rush. Patrick Kane and Alex DeBrincat were the aggressors this time, and DeBrincat was on the scoring end.

Connor Murphy made a nice play in the defensive zone to spring Kane for the break.

Chicago carried a lot of the action in the second period. The Hawks had some terrific looks but couldn’t finish, but Dallas wasn’t able to generate anything either.

Late in the second period Duncan Keith collided with Corey Crawford and then Crawford took a shot off his mask. He was slow to get back to his feet but stayed in the game.

The third period was surprisingly pedestrian given the lack of defense from these two teams. Each team had five shots on net in the first 14 minutes of the third and neither goaltender was tested much.

With 4:33 left in regulation the Blackhawks got a power play as Esa Lindell went to the box. Chicago had one power play in the second period and did nothing with it. The timing of this advantage was significant, however, given the lack of offense the Stars had been able/willing to generate in the third.

The Hawks did nothing on the power play but were able to keep the puck in the offensive zone for most of the power play. Dallas had one good short-handed opportunity but the Hawks took it the other way quickly.

Dallas pulled Anton Khudobin with 75 seconds left in regulation. With 27 seconds left Brandon Saad shot at the empty cage and hit the post. Unfortunately he was short of center ice when he shot it and the Hawks iced the puck.

Jamie Benn got called for interference when he cross-checked Murphy into the net with 16 seconds left in regulation. Dallas’ captain went to the box and the puck went to the opposite end of the ice for a faceoff. Chicago closed out the final 16 seconds and hung onto the 2-1 victory.

Chicago played solid defense over the final 40 minutes and shut down a team that plays a lot of offense, picking up two points in the standings.

Dylan Sikura was a non-factor in the box score, putting one shot on net in 9:24 but played an effective game.

46 thoughts on “Crawford, Blackhawks Shut Down Stars In Dallas”