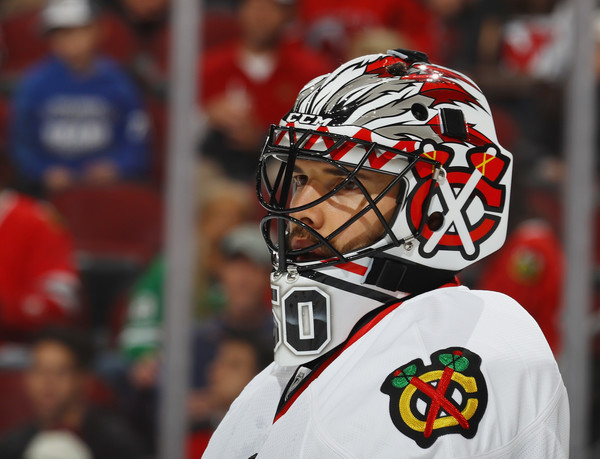 The Hawks headed to Columbus on Saturday night and coach Joel Quenneville made a few lineup adjustments.

In the first period, Alex DeBrincat stayed hot. He scored his seventh goal of the season at 3:48 into the game to give the Hawks a 1-0 lead.

Zach Werenski scored eight minutes later to tie the game at one, and that’s where the scoring would remain until nearly eight minutes into the third period.

Chicago played far too much of the opening 40 minutes short-handed. Rookie defenseman Henri Jokiharju took a penalty in the the first and second period, Martinsen went to the box in the first and David Kampf sat in the second. Chicago successfully killed all four penalties in the opening two periods, but the short-handed ice time limited the number of shifts Patrick Kane could be on the ice. He was held under 11 minutes on the ice in the first two periods.

At 7:43 into the third, Alexandre Fortin put a shot on net that deflected off Marcus Kruger and into the net to give the Hawks a 2-1 lead.

Fortin wound up with an assist on the play, his first career NHL point.

Eight minutes after the Kruger goal Kane put home his sixth of the season to extend the Blackhawks’ lead to 3-1.

The goals were a welcome sight for Crawford, who looked like the player who was considered by many to be a Vezina candidate last year before concussions ended his season before Christmas.

Kane added an empty net goal with 97 seconds remaining in regulation to give him seven goals on the season, matching DeBrincat’s total.

Brent Seabrook picked up two assists in the game. Dominik Kahun, Artem Anisimov and Nick Schmaltz were also credited with helpers on the Hawks’ four goals.

But the story of the night is the return to dominance of Crawford, who was exceptional. He stopped 37 of 38 shots, slamming the door on Columbus as his offense found a way to win a game in regulation for the first time in the 2018-19 season.