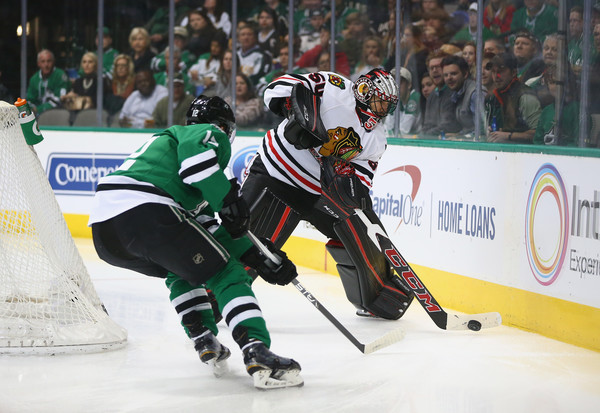 Thursday morning the Blackhawks announced Corey Crawford will not travel with the team to Winnipeg for Friday night’s game because of an upper-body injury. Chicago recalled Michael Leighton from Rockford.

Leighton, 35, has a 28-8-8 record with a .918 save percentage and 2.44 goals against average in 46 starts with Rockford this season. Earlier this season, Leighton broke the AHL career record when he recorded his 46th career shutout.

Mac Carruth was subsequently recalled by Rockford, who are in Rosemont to play the Wolves on Friday night.