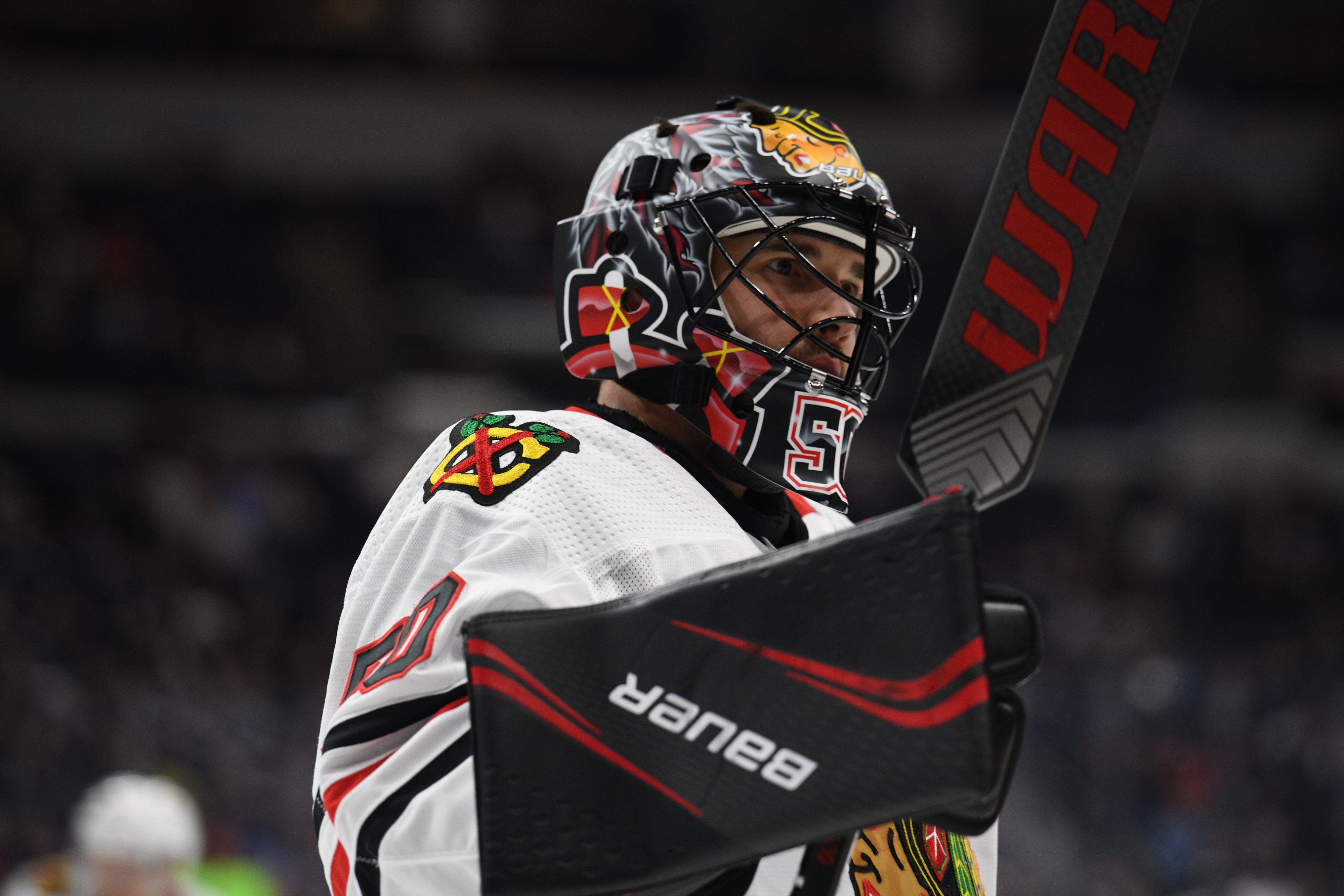 On Tuesday morning the Professional Hockey Writers’ Association announced the team nominees for the 2020 Bill Masterton Memorial Trophy. Corey Crawford is the nominee for the Chicago Blackhawks.

Crawford, 35, appeared in 40 of the Hawks’ 70 regular season games. After two years of concussion issues, this season marked the first time since the 2016-17 season that Crawford appeared in 40 games.

The Bill Masterton Memorial Trophy is awarded to the player “who best exemplifies the qualities of perseverance, sportsmanship and dedication to the sport.” Bill Masterton, the namesake of the trophy, is the only player in NHL history to die as a direct result of injuries suffered during a game.

Robin Lehner won the award last year after his season with the New York Islanders.