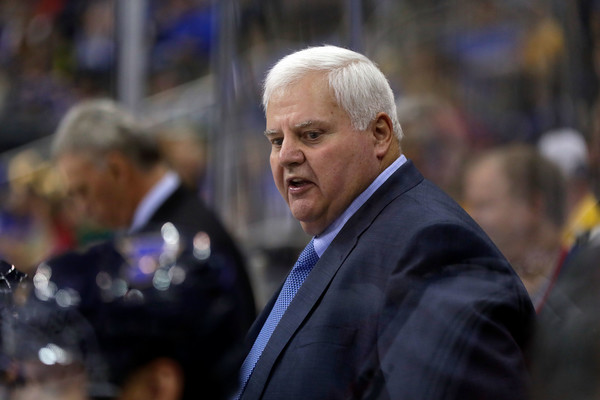 In this week’s “no, you’re kidding, right?” news, the Dallas Stars are expected to name Ken Hitchcock as their head coach on Thursday.

Hitchcock, fired by St. Louis earlier this season, was the Stars coach from 1995-2002, leading Dallas to their lone Stanley Cup championship in 1999. He has spent time in Philly, Columbus and St. Louis in the 15 years since leaving Dallas the first time.