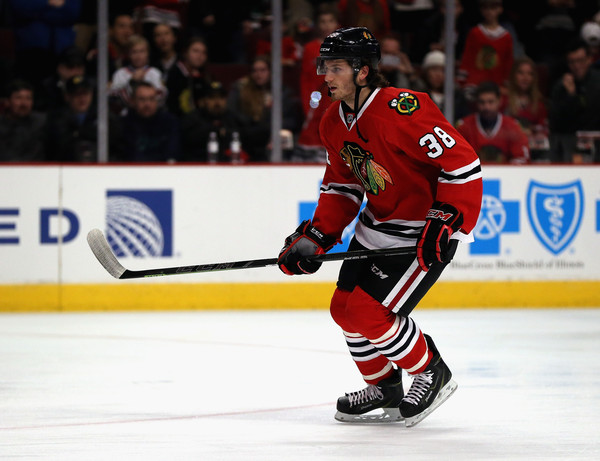 Viktor Svedberg remains with the NHL club, one of the nine defensemen currently on the roster (including injured Michal Rozsival).

Chicago still has 13 forwards on the roster, including both Kyle Baun and Viktor Tikhonov. The surprising name on this list of cuts is Dano, who was acquired in the deal sending Brandon Saad to Columbus. Most figured him to be a lock for the Opening Night lineup, but the Hawks are limited both by the salary cap and roster size.

Dano, Hinostroza and Hartman have been impressive throughout the preseason, but the Hawks need to make a deal to open up roster space for them to be promoted. There is certainly still a chance that takes place before the regular season begins.