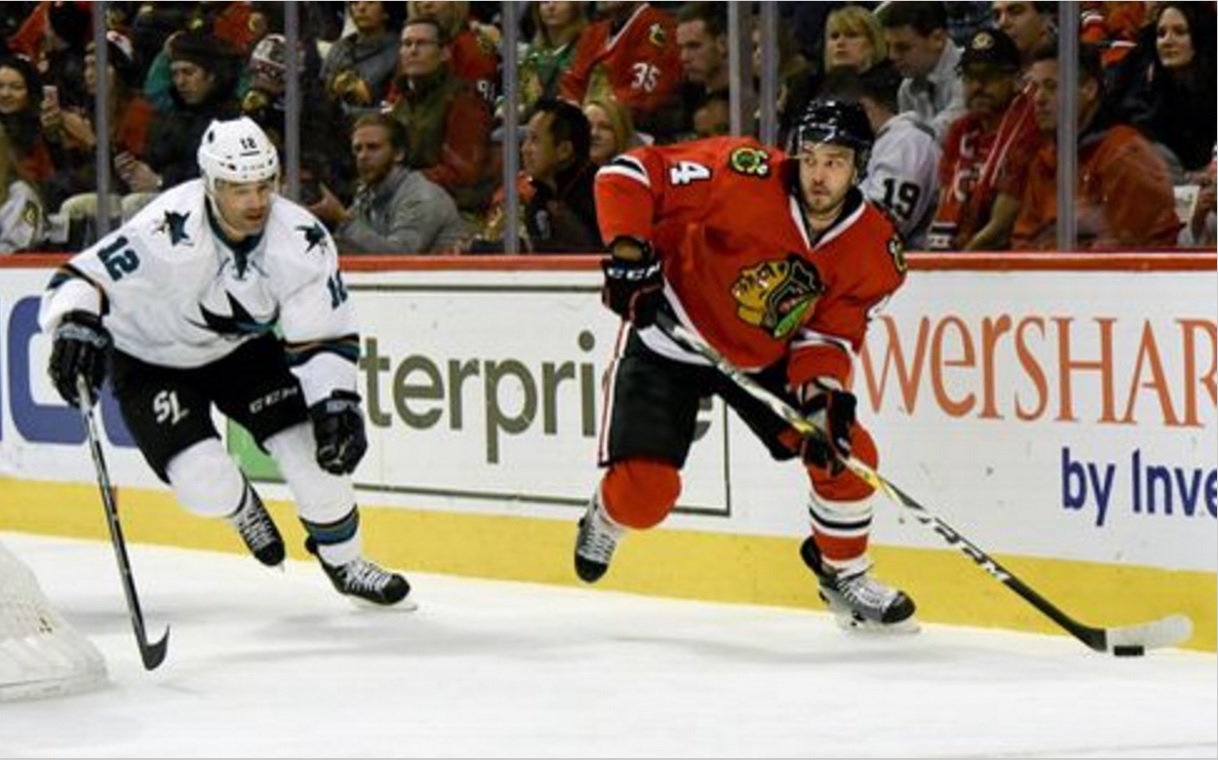 Scott Darling stayed hot on Sunday night and the Blackhawks dispatched the Sharks in a prime time matchup.

Darling improved to 6-2-1 in his nine starts since Corey Crawford left the lineup and won both sides of a back-to-back against two Western Conference powers in St. Louis on Saturday and against San Jose on Sunday. His 33 save performance on Sunday night earned him the number one star of the game.

But Darling isn’t the only aspect of the Hawks that’s been great lately. For the second time in as many days, Chicago dropped three goals in the third period as they skated away from a top tier opponent.

San Jose started the scoring early in the second period when Joe Pavelski beat Darling, but that was it for the Sharks’ offense.

Duncan Keith unloaded a one-timer and tied the game with 3:11 left in the second.

Keith’s first of the season equaled the score but the Hawks headed to the third being out-shot 21-19 by a Sharks team that had won three games to start a four-game road trip.

But the Triple H line got it going in the third.

Vinnie Hinostroza, who scored the game-winner on Saturday, won an offensive zone faceoff against Mikkel Boedker and Ryan Hartman blasted a shot past Martin Jones to give the Blackhawks a 2-1 lead.

Hartman’s sixth of the year held up as the game-winner, but that line wasn’t done.

Hinostroza scored his third of the year with 2:20 left in regulation to provide some insurance for Darling.

Patrick Kane put his tenth of the season into an empty net in the final minute to extend the score to 4-1. Kane and Artemi Panarin skated with Jonathan Toews in the absence of Artem Anisimov, who was a scratch after getting banged up on Saturday in St. Louis. Marian Hossa joined Hartman and Hinostroza and the trio made an impact in the box score.

After giving Darling six goals of support in his first four starts after Crawford went down, the Blackhawks have now scored 15 in their last three contests.

Darling now has a .938 save percentage in nine starts in December.

Hartman added three hits to his two points while Hinostroza was credited with two blocked shots, one hit, one takeaway and won four of 11 faceoffs with two points of his own. Panarin had two assists to stay among the hottest point producers in the NHL.

Perhaps most impressive during the Blackhawks recent streak is the improvement of the penalty kill. Chicago killed both of San Jose’s advantages on Sunday night and hasn’t allowed a power play goal in seven games. Since Crawford went down, the Hawks have killed 14 of 15 penalties.