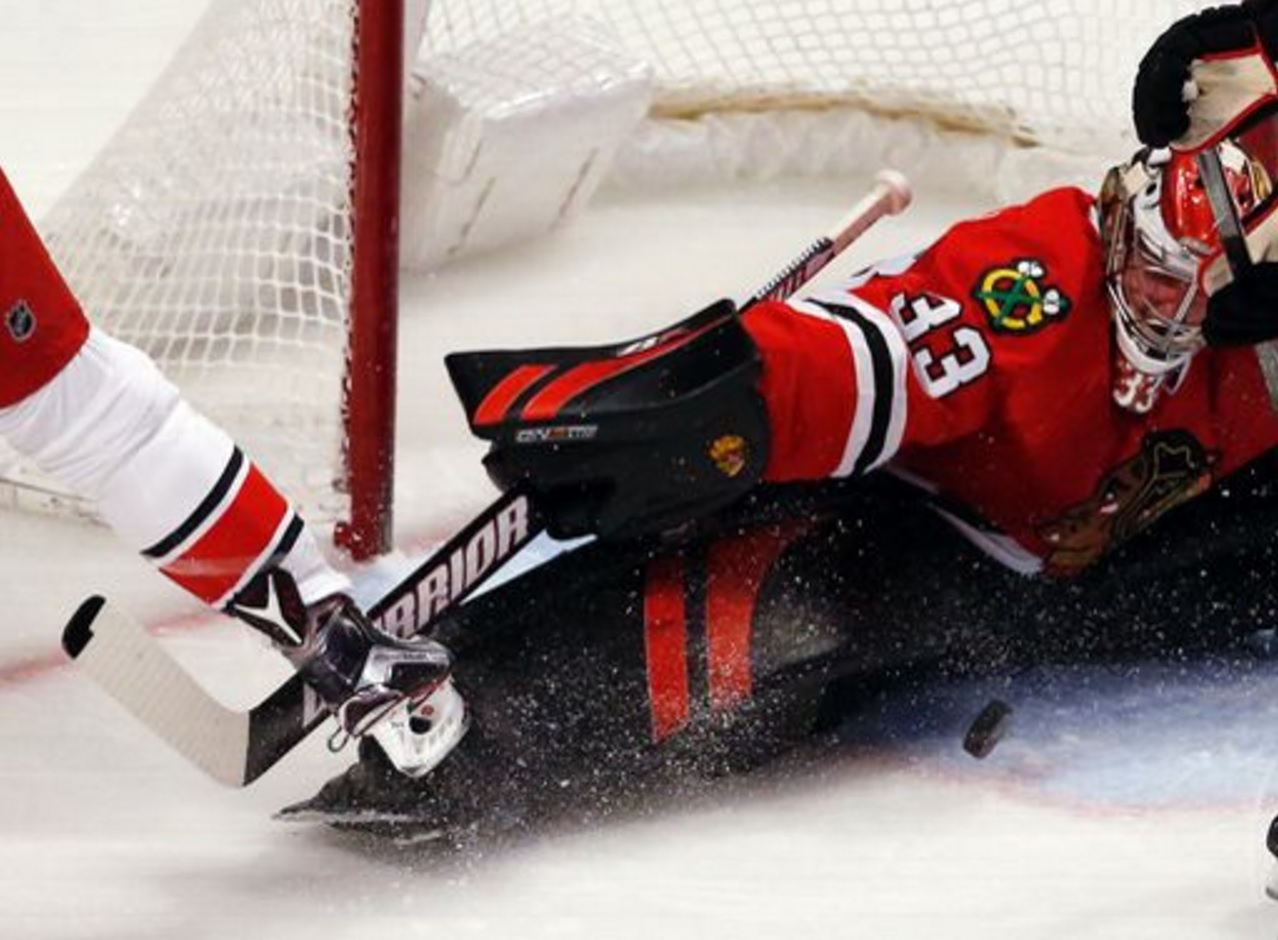 On Thursday night, the Blackhawks changed things up and dominated the shots on goal column against the Sabres.

On Friday night, it was back to business as usual.

Carolina put more shots on net in the first 20 minutes (19) than the Blackhawks did through 40 minutes (16). Aided by two power plays, the Canes kept pressure on Scott Darling throughout the first period. But Darling was on point, and got some help from the skaters in front of him.

Coach Joel Quenneville bumped Vinnie Hinostroza back up to the top line with Jonathan Toews and Marian Hossa, and that trio got the Hawks on the board in the first

The goal is the 259th regular season tally in the career of Jonathan Toews, tying him with Bill Mosienko for ninth in franchise history. Toews has three goals and five assists in 12 games since returning from IR, and has had a point in eight of his last 11 contests.

However, while the Hawks held a 1-0 advantage on the scoreboard, Carolina had out-shot Chicago 19-9 through 20 minutes.

In the second, a whistle finally went the Hawks’ way. Jay McClement went to the box less than three minutes into the middle period, but the Blackhawks weren’t able to score. When Derek Ryan went to the box at 13:12, however, it took the Hawks only 17 seconds to extend their lead.

Duncan Keith picked up his 401st career assist on the goal, moving him past Pierre Pilote into seventh all alone in franchise history.

Carolina continued to out-shoot Chicago, but while Darling made a handful of tremendous saves the second period didn’t end clean. Victor Rask broke up the shutout with his 11th of the season with only five seconds left in the period. Through 40 minutes, Darling had already made 30 saves. The Blackhawks were perfect in three penalty kill situations as well.

Chicago’s youngsters came to play on Friday night. Hinostroza was absolutely magnificent the entire night. He skated 15:28 with one assist and a big blocked shot in the third period. Tanner Kero, centering the third line, had another good night as well. He won nine of 17 faceoffs and was credited with two blocked shots a team-high three hits. And Ryan Hartman was credited with a team-high five shots on net and a team-leading three takeaways as well.

Before the game on Friday, the Blackhawks revealed where the 100th anniversary logo would be placed on their jerseys on their Instagram account.