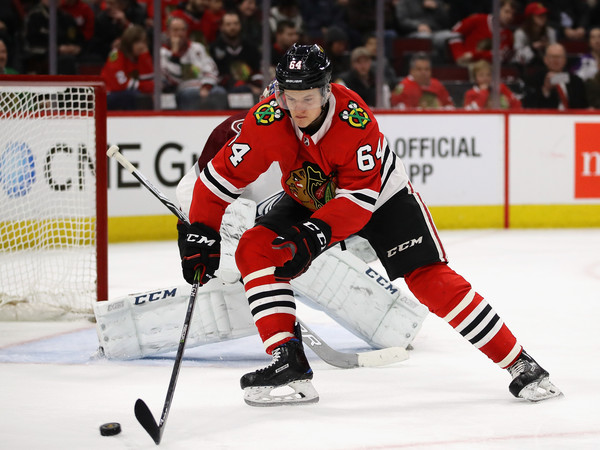 On Thursday morning the Blackhawks announced forward David Kampf will be out 3-4 weeks (right foot). He suffered the injury during Tuesday night’s game in Edmonton.

Kampf, 24, has three goals and 13 assists in 50 games with the Hawks this season.

According to Eric Lear on Twitter, Brendan Perlini will slide back into the lineup more frequently with Marcus Kruger will moving back to center while Kampf is out. No call-up is expected.