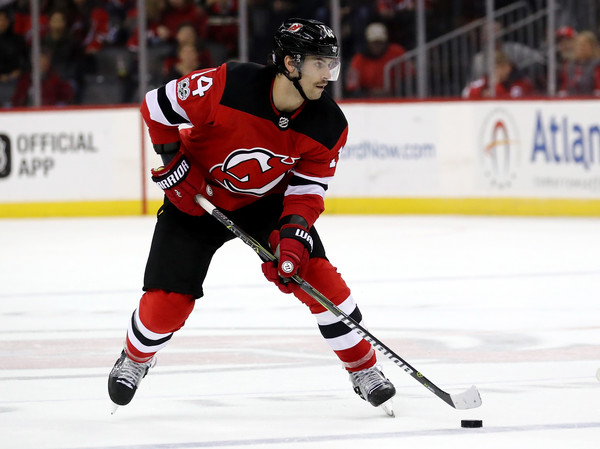 In surprising news on THursday morning, the Anaheim Ducks and New Jersey Devils consummated a significant trade at the end of Nocember.

Jersey sends centers Adam Henrique and Joseph Blandisi with a third round pick in the 2018 NHL Draft to Anaehim for defenseman Sami Vatanen and a conditional draft pick.

Henrique, 27, has put together four consecutive 40-point seasons with a career high 50 points coming during the 2015-16 season. His contract, which carries a $4M cap hit, expires after the 2018-19 season. He posted 20 goals and 20 assists in 82 games last year for Jersey. Henrique had four goals and ten assists in 24 games this year for the Devils.

Blandisi, 23, was originally a sixth round pick by the Colorado Avalanche in 2012. He signed with Jersey as a free agent in January 2015 and has appeared in 68 NHL games with the Devils. He has spent the duration of the 2017-18 season in the AHL.

Vatanen, 26, has two years remaining on his current contract after the 2017-18 season with a $4.875M cap hit. He had one goal and three assists in 15 games for the Ducks this season.

On the other side, Adam Henrique is having the lowest G/60 and P1/60 pace of his career.