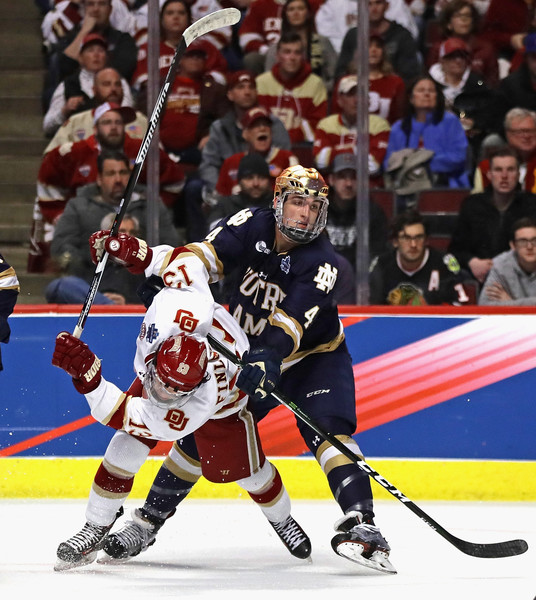 The Blackhawks sat most of their stars on Thursday night in Anaheim and the results reflected it. The Hawks put 37 shots on net but didn’t get a single one past John Gibson. The Ducks easily handed the Hawks a 4-0 loss.

Meanwhile, the Frozen Four was taking place at the United Center and two Blackhawks prospects were in action. In the nightcap, defenseman Blake Hillman and the University of Denver devastated defenseman Dennis Gilbert and Notre Dame 6-1. Hillman, 21, was credited with five shots on net for Denver. He posted one goal and six assists in 41 games this year for the Pioneers, who advance to play Minnesota-Duluth in the championship game on Saturday.

Gilbert, 20, had a few massive hits in the game that momentarily sparked the Irish, but Notre Dame did very little right. He was credited with four blocked shots in the loss. Gilbert had 22 assists in 39 games as a sophomore, and uses his 6-2, 220 frame well and with ease.