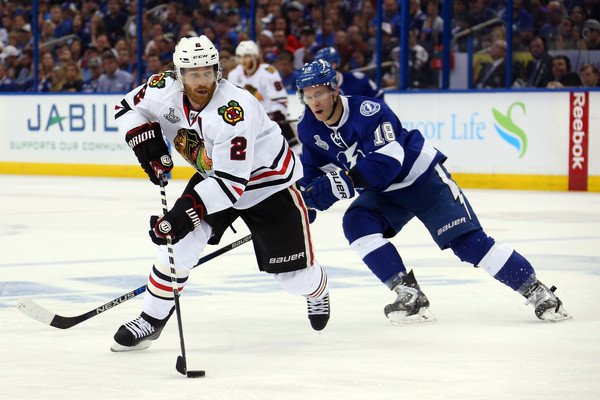 The opinions of most hockey writers and analysts is that, should the Blackhawks complete their third Stanley Cup victory on Monday night, Duncan Keith will skate away with the Conn Smythe Trophy as postseason Most Valuable Player.

Keith enters Monday night’s Game Six with 20 points (two goals, 18 assists) in these playoffs, which ranks fifth among all skaters. His plus-15 rating is four better than Tampa’s Victor Hedman, who ranks second in the postseason. And his 31:09 average nightly ice time is more than seven minutes greater than Hedman and almost five full minutes per game greater than Brent Seabrook, who ranks second among Final participants (26:13).

He has been exceptional throughout the postseason, and certainly deserves another individual honor if/when the Hawks clinch the championship.

Adding a Conn Smythe Trophy to Keith’s resume will put him in some of the most elite company in the history of the game. Since they started awarding the Conn Smythe to the playoff MVP in 1965, only nine times has it been handed to a defenseman (and two of those went to a single player):

That list includes eight of the best to ever play the game.

But consider what these three legends have in common: Add to Keith’s remarkable NHL resume his two gold medals and we’re watching one of the best to ever play the game.