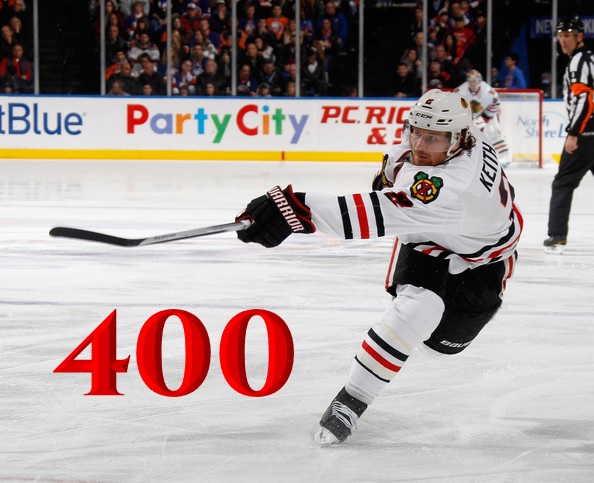 With his second period goal in Anaheim on Friday night, Duncan Keith becomes the fifth defenseman in the history of the Chicago Blackhawks to reach 400 points with the organization. Only eight currently-not-retired defensemen have reached the 400 point plateau, a group that includes Chris Pronger and Kimmo Timonen.