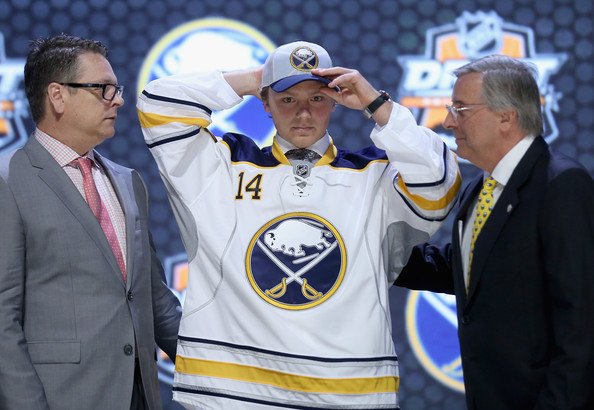 On Oct. 11, the Chicago Blackhawks will open their 2014-15 home schedule by hosting the Buffalo Sabres. As we continue our season previews, let’s take a look at what the Sabres bring to the table heading into the new campaign.

There is no Ryan Miller drama heading into this season; he was traded to St. Louis last year and has subsequently signed in Vancouver. There is also no more Thomas Vanek drama, as he was also dealt out of town and has since signed with Minnesota.

The Sabres also unloaded Ehrhoff and Leino via compliance buyouts this summer, and let John Scott go away to free agency (how will they replace him?).

Buffalo is going to continue their Chicago Cubs-like rebuild with Reinhart and Grigorenko joining a young group of forwards, and Ristolainen looking to make an impact on the blue line. In an effort to add quality veteran leadership, the Sabres brought in a couple former Canadiens in Gionta and Gorges, and re-signed Moulson after trading him to Minnesota at the deadline.

Ennis, who will turn 25 on Oct. 6, and Hodgson, also 24, will look to lead the offense again this season with 20-year-old Zemgus Girgensons looking for more consistency. Tyler Myers will be asked to take a more significant role on the blue line, but will get help from Gorges and Meszaros.

Is this a playoff team? No. But is there reason for Sabres fans to hope? Absolutely. Now if they could just jump to the part where they’re calling Connor McDavid’s name in June…