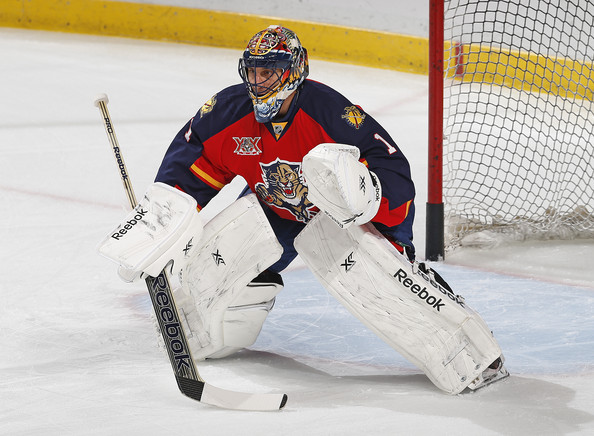 Earlier, we looked ahead to the Blackhawks’ first opponent during the 2014-15 season when we previewed the Buffalo Sabres. Now, let’s look at their past.

The Florida Panthers, led by general manager Dale Tallon, will resemble a Blackhawks “B Team” this season. With many names familiar to Chicagoans, will they find some of the Hawks’ success as well? Florida averaged only 2.29 goals per game, which ranked 29th in the league (ahead of only Buffalo). Consider, for a moment, that their team leader would have ranked eighth on the Blackhawks in points; four Hawks had more assists than the Panthers’ leader had points.

The Panthers traded Kris Versteeg to the Hawks for Jimmy Hayes and Dylan Olsen early last season, and later acquired Brandon Pirri for a pick before the deadline. Add those friendly names to Campbell and free agent addition Bolland, and you’ve got a reunion.

Quietly, the former Hawks prospects put together nice seasons in Florida. After he was freed by trade, Pirri registered 14 points in 21 games. Hayes scored 11 goals in 53 games in Florida, and Olsen added 12 points in 44 contests.

And while many will mock the deal Tallon gave Bolland, consider the players he added. Mitchell has two rings in the last three years with the Kings. Bolland won two in Chicago. And Thornton played in two Cup Finals – winning once – with Boston. Those three, and the modest deal he gave Jokinen, quietly give Florida a nice offseason.

Roberto Luongo returns between the pipes, where he posted a respectable .924 save percentage in 14 games in his return to Florida. However, he struggled to win games because of the pathetic Panthers offense.

Tallon is trying to change the culture in Florida just as he did in Chicago. But Jonathan Toews and Patrick Kane haven’t walked through the door in Florida, and their collection of former Hawks will struggle to compete in the Atlantic Division this year.