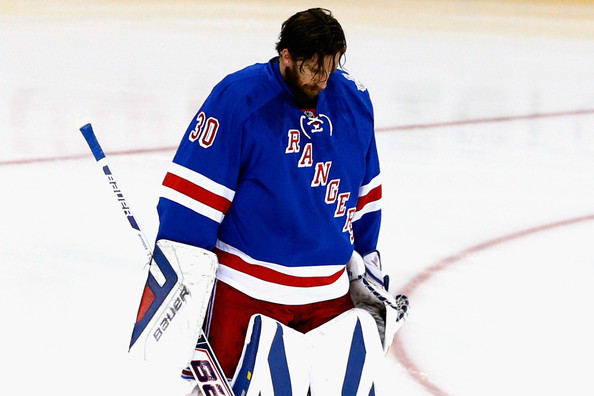 As we look ahead to the 2014-15 NHL season, we are working our way through Metropolitan Division. We have already previewed the Carolina Hurricanes, New Jersey Devils, Washington Capitals, New York Islanders, Columbus Blue Jackets, Philadelphia Flyers and Pittsburgh Penguins.

The Rangers won the Eastern Conference last year, but weren’t able to overcome the LA Kings in the Cup Final. They’re another team in the division facing some interesting changes heading into the 2014-15 season. Can they remain among the best in the conference? The summer began with disappointment for the blue shirts, losing in the Stanley Cup Final and then parting ways with Richards (to Chicago), Stralman, Pouliot and Brian Boyle. But bringing in veteran defenseman Dan Boyle and a number of other veterans, and looking forward to potential contributions from Kevin Hayes and Dylan McIlrath will hopefully keep the Rangers in the mix.

One key player moving forward for the Rangers will be Martin St. Louis, who was acquired in a swap of captains with the Lightning last season. St. Louis was underwhelming down the stretch (only one goal in 19 regular season games with the Rangers), but his offense woke up in the playoffs (eight goals in 25 postseason contests). New York will need him to be the consistent offensive threat the Bolts watched for years if they’re going to compete in the Eastern Conference.

On the blue line, McDonagh will continue to be the leader all over the ice. He’s becoming a star in the league, and the addition of Boyle will help him as well. He averaged almost 27 minutes per game in the playoffs as Alain Vigneault used every ounce his top defenseman could give every night.

Between the pipes, Henrik Lundqvist will come back as one of the best in the game. The Rangers have relied heavily on the 32-year-old over his career, and he posted his lowest regular season save percentage since the 2008-09 season last year. Of course, when .920 is your low point over that span, there isn’t much cause for concern with King Henrik.

The Rangers are looking for younger players, especially Stepan and Chris Kreider, to take another step forward this year and one older player, Dan Boyle, to be a steadying presence on the back end. In a mediocre division, this team has enough to compete. But another run to the Cup Final? We’ll see.