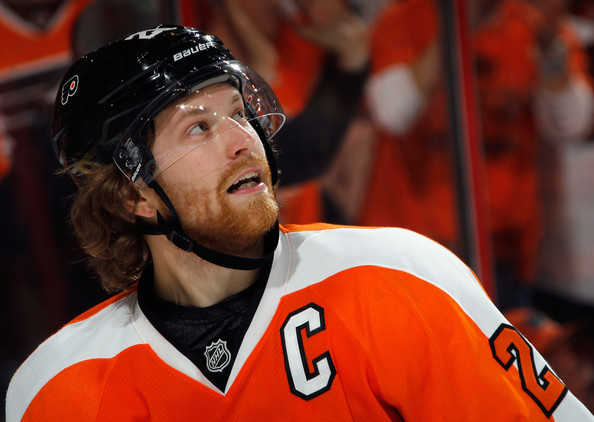 As we look ahead to the 2014-15 NHL season, we have already discussed the Pacific Division. We have since moved on to the Metropolitan Division, and have already previewed the Carolina Hurricanes, New Jersey Devils, Washington Capitals, New York Islanders and Columbus Blue Jackets.

Last year, an early season slump led to a coaching change in Philadelphia, and the Flyers rebounded to make the playoffs. What will the 2014-15 season hold? The Flyers fired Peter Laviolette on Oct. 7, a surprisingly early move that paid off as the Flyers finished in the playoffs. Giroux had the C placed on this chest and earned a (distant) third place finish int he Hart Trophy voting for his efforts.

Special teams were a key for the Flyers last season. Their penalty kill finished at 84.8 percent, ranking seventh in the NHL. And their power play (19.7 percent) finished eighth in the league. However, the departed Hartnell and questionable Kimmo Timonen combined for 40 power play points last season. Replacing one/both of them will be a key.

One storyline to keep an eye on is the status of Timonen, who was diagnosed with blood clots in August. The Flyers desperately need cap space and active, good defensemen and the fact that Timonen was coming back for a modest $2M this season makes him potentially being a question mark a tough blow for the Flyers.

Oh, and the gave Steve Mason a three-year, $12.3M deal to be their starting goaltender.

If Mason plays like he did last year, he’ll earn his new contract. If Giroux continues to play at an MVP level, the Flyers will score goals. If Simmonds and Voracek continue to be really good compliments to Giroux, Philly will be alright up front. But how they navigate their cap situation and how their blue line plays in front of Mason will be their two questions all year.