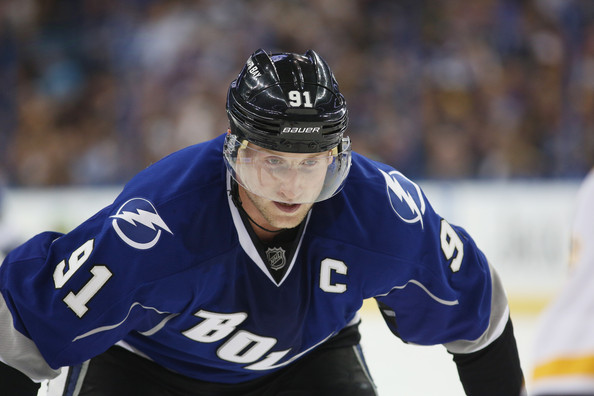 After a season derailed by a major injury to Steven Stamkos and the drama surrounding the departure of Martin St. Louis, the Tampa Bay Lightning had the busiest offseason in the league. Will it pay off with a long postseason? Stamkos was in the mix for the Hart when he went down last year, scoring 25 goals in only 37 games before breaking a leg. He did return at the end of the season, but clearly needed more time to get his legs back under him.

Not a summer addition but staying in Tampa for the next six years is forward Ryan Callahan, who was acquired in the St. Louis deal. Adding him to the two players – forwards Tyler Johnson and Ondrej Palat – named to last season’s All-Rookie Team presents a new dynamic on the ice for Stamkos to join for a full, healthy season this year.

Joining the mix this year will be top prospect Drouin, who posted 108 points in 46 regular season games and 41 points in 16 playoff contests last year with Halifax (QMJHL). The 19-year-old phenom will add another dangerous offensive weapon to a deep group of forwards.

On the blue line, the addition of Garrison will make an already potent power play more dangerous. He had 16 power play goals over the last three seasons and has a big shot from the point. With Hedman, Garrison, Stralman and Matt Carle eating big minutes – and all being under contract for at least three more years – will give Tampa an improved group of defensemen.

In net, Ben Bishop was a revelation last year. He finished third in the Vezina voting and carried the team through stretches of play last year while Stamkos was out of the lineup. He signed a two-year extension this summer that kicks in next season, and if he can sustain his play from last year (.924 save percentage, 2.23 goals against average) the Bolts will be a tough out in the postseason.

Steve Yzerman is clearly all-in this year, and has put together a roster that could be lethal in the Eastern Conference. If they can stay healthy, the Lightning should remain a popular pick to represent the East in the Cup Final.