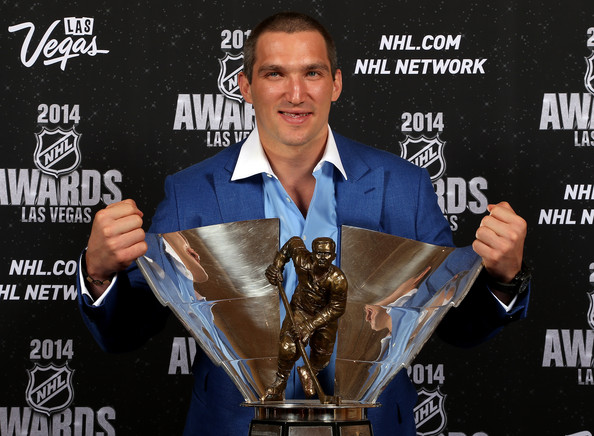 As we look ahead to the 2014-15 NHL season, we have already discussed the Pacific Division. We have now turned our attention to the Metropolitan Division, beginning with the Carolina Hurricanes and New Jersey Devils.

Washington will host the Blackhawks in this season’s Winter Classic, and they continue to be the most enigmatic team of the last decade. Let’s take a look at this year’s Capitals. The Caps have had one of the strongest offenses in the NHL since Ovechkin joined the lineup, but they haven’t collected consistent depth on the blue line. So how do you fix a defensive issue? Hire Barry Trotz as your head coach, and throw almost $68M at Brooks Oprik and Matt Niskanen.

Orpik, who will turn 34 before the season starts, got a raise to a $5.5M cap hit, while 27-year-old Niskanen is now at $5.75M per. With Mike Green now only 12 months away from unrestricted free agency, the Caps will try to create an identity at the expense of their division rivals in Pittsburgh.

Ovechkin will be back leading the scoring, but the question is whether or not there are any forwards on the roster who can keep up. The gap between Ovechkin and the next forward on the roster, Backstrom, in 5-on-5 iCORSI was 234 last year; Ovechkin’s 451 was more than double Backstrom’s 217.

The marriage between Trotz and Ovechkin could be one of the more intriguing storylines heading into the 2014-15 season. How will the defense-first coach and the defense-never superstar coexist?

Orpik got way too much money and too many years, but the additions on the blue line were desperately needed in Washington. Keeping the team healthy on the ice will be important, but the Caps are a playoff team in the mediocre Metropolitan Division.