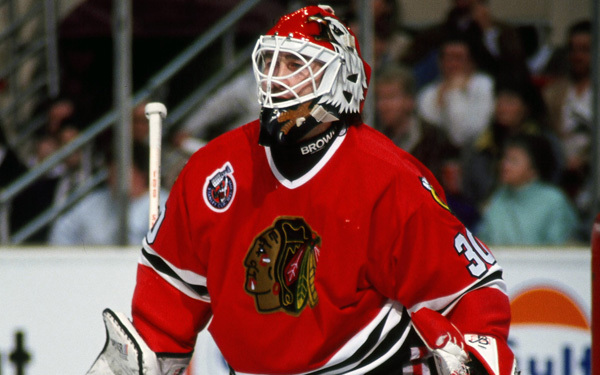 Blackhawks Hall of Fame goaltender Ed Belfour is auctioning off some remarkable items from his NHL career.

The auction, hosted at ClassicAuctions.net, includes: There are items from every other stop in Belfour’s career as well, including other personal trophies, game-used jerseys and pads and sticks and autographed pucks and photos. The prices range from $200 to more than $21,000 for his gold medal from the 2002 Olympics.

5 thoughts on “Ed Belfour Memorabilia Up For Auction”