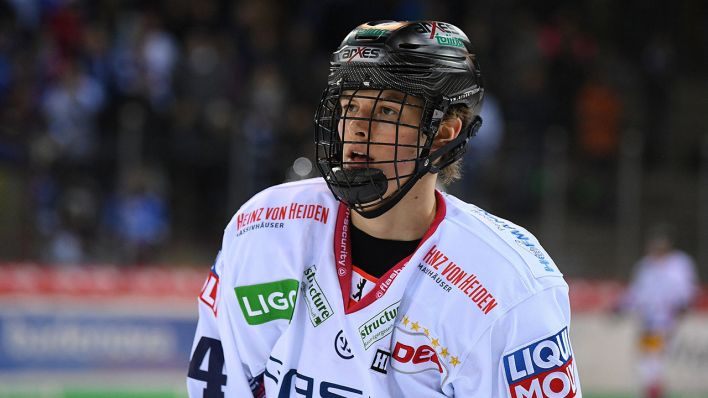 The 2020 NHL Draft may have felt like it took a month, but over two days the Chicago Blackhawks selected eight players to become part of the organization.

We’ll provide our analysis of the work done by Stan Bowman and Co. over the two day affair in the coming days, but let’s discuss how some of the so-called experts felt about the Blackhawks’ class of 2020.

Grade: C+
I liked Chicago’s first two picks, Lukas Reichel and Drew Commesso, par value for where they were picked. I didn’t mind Wyatt Kaiser at 81 either. Landon Slaggert is a fine player, but 79 was high for what he brings. Some NHL folks think he could be a bottom-six type, but I’m not there yet.

Grade: B
Chicago managed to plug two of its biggest organizational needs with its first two picks in the draft. Lukas Reichel was my favorite of the class because of his high-end puck skills and scoring ability. He’ll help the Blackhawks down the line and has a ceiling of a top-six scoring threat. Chicago also went early to get the No. 2 goalie in the draft in Drew Commesso, who will head to Boston University and marinate for a few years before joining the Blackhawks.

Landon Slaggert is a high-energy player who was on my top 100 before he was bumped in the final, but I have always appreciated his gritty play. The Blackhawks also took my top high schooler in Wyatt Kaiser, a player who needs a lot of development time but has exciting upside. He skates really well. The prospect pool looks a little more balanced now after previously being heavy on defensemen.

Grade: Overtime Winner
Reichel is just smooth. He’s got a long, fluid stride. His handling is soft. And he plays with a finesse on the ice that, to use a cliche, can’t be taught. He’s comfortable with the puck on his stick, he knows where to go to get open when it’s not, he’s an impressive skater, and he can score from mid-range with his release. Though it looks a little high relative to where he ranked on my board, I’m more than OK with the Blackhawks taking Reichel in this range. He has come a long way in a short amount of time and it feels like he’s just getting started.

Grade: Loser
After Yaroslav Askarov was off the board, the second goalie picked this year was more contested, with several goalies who could’ve gone early on Day 2 in Drew Commesso, Joel Blomqvist, and Nico Daws. I expected that Daws would be the second goalie taken but I was happy when Commesso, my second-ranked goalie (No. 81 on my board) was taken first. He’s not a huge goalie, but the track record, technical ability, and athleticism are all there. He swallows up first saves by staying in sound position. I’m looking forward to watching him at BU, where he should get plenty of opportunity to be the starter.

Unfortunately, the rest was underwhelming, though I have time for Wyatt Kaiser and to a lesser extent Isaak Phillips, who are both worthwhile projects and could, in time, give you some potential depth as third-pairing options who can move the puck (Kaiser with his vision, Phillips with his feet and shot).

Grade: Confused
I am a Lucas Reichel fan but this was probably a bit too high for him. However, with Chicago finding some of the best undrafted players from Europe/Russia maybe we should give them the benefit of the doubt here. This could wind up as a great selection.