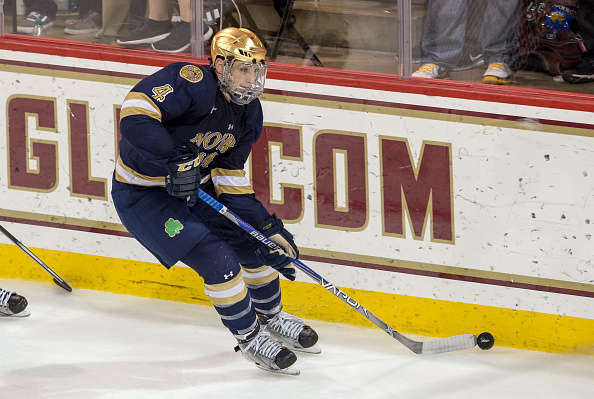 The Blackhawks will be interested and watching when the NCAA hockey tournament begins later this week.

In the Midwest backet, defensemen Ian Mitchell and Blake Hillman will lead Denver against Evan Barratt and Penn State.

In the Northeast bracket, the Hawks will have prospects in both games.

Forward Dylan Sikura, who is a fan vote finalist for the Hobey Baker, will lead Northeastern against Michigan.