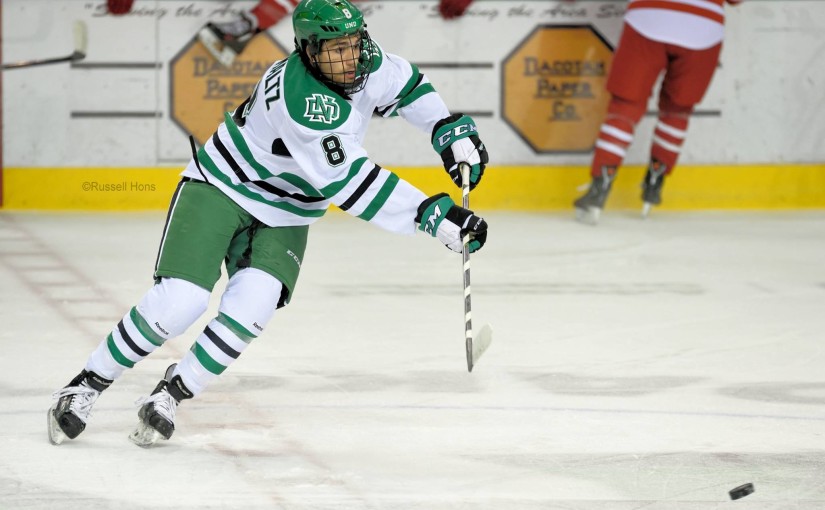 The brackets for the Frozen Four start moving on Friday with four games, and Blackhawks prospects will be prominently featured. At 5:30 pm ET, Tyler Motte leads Michigan against Dennis Gilbert and Notre Dame. Since the brackets were released, the college hockey were was shaken by the news that the Fighting Irish will leave Hockey East to join the Big Ten after the 2016-17 season. The Irish are the host university for the 2017 Frozen Four at the United Center.