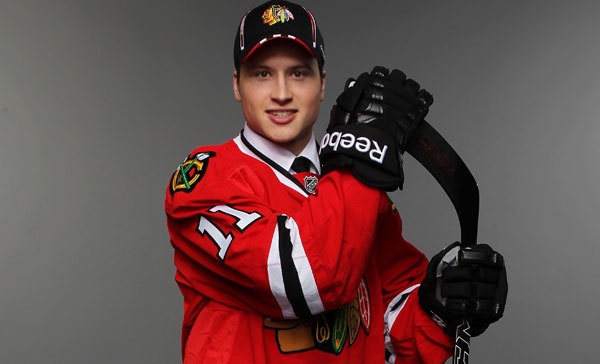 Signed entry-level deal with the Blackhawks 1/1/12

McNeill, the Hawks’ top pick in the 2011 Draft, had a strong season for Prince Albert last year. He posted 31 goals and 40 assists in 69 games, and made his AHL debut later in the spring. Because of the lockout, he’ll return to the WHL for another season.