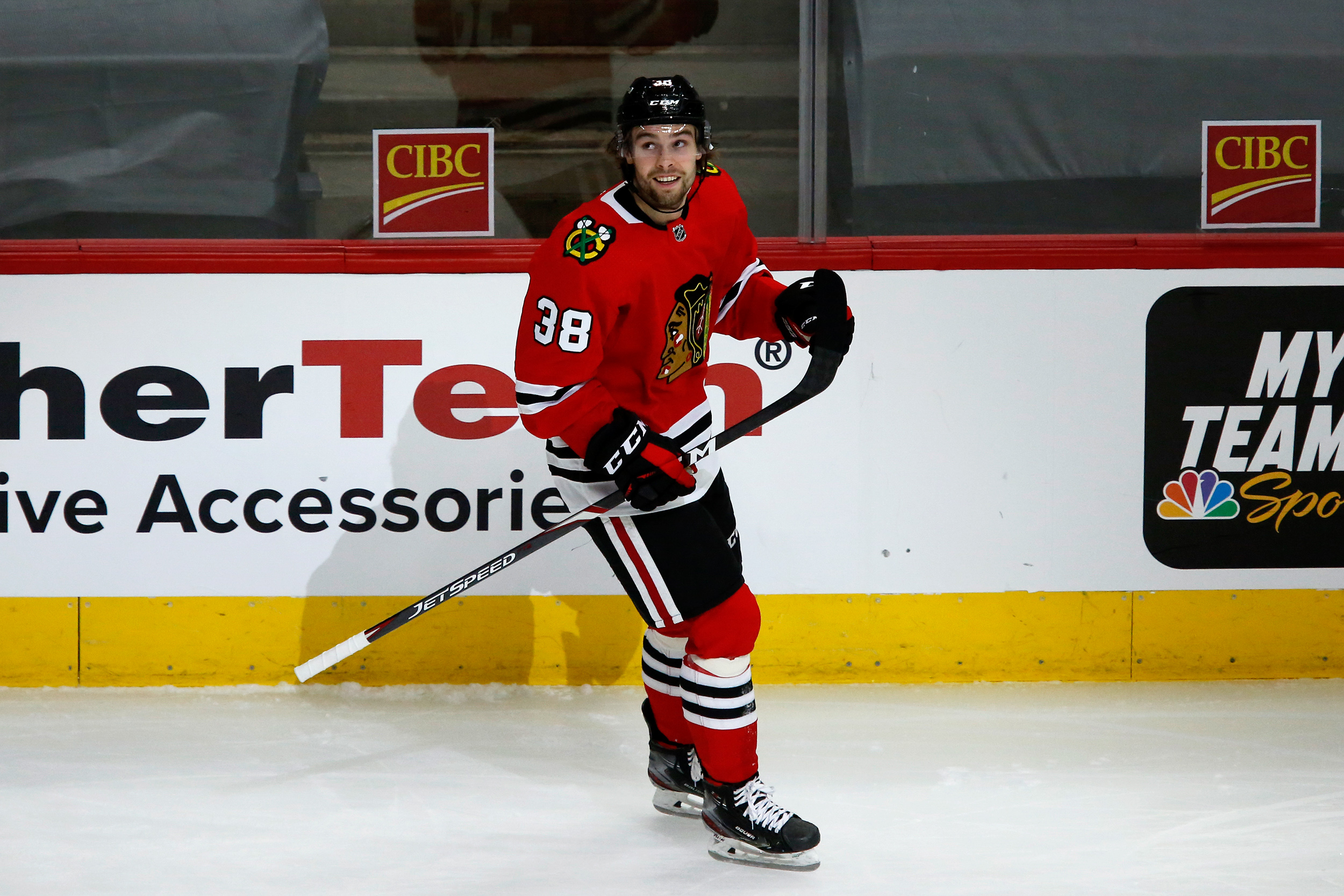 The Blackhawks made a few roster announcements on Wednesday.

Defenseman Wyatt Kalynuk was sent to Rockford for a rehab assignment.

Forward Brandon Hagel’s shoulder injury will keep him out of the lineup for approximately two weeks.

And forward Tyler Johnson and defenseman Isaak Phillips were removed from COVID protocol.

Adding Johnson back into the lineup gives the Blackhawks another option at center. Henrik Borgstrom has missed time because of COVID protocol and then another unrelated illness and Dylan Strome has actually been back in the lineup (and winning faceoffs).

When Kalynuk is healthy enough to return to the NHL lineup, that could spell a trip back to Rockford for Phillips and, eventually, a decision will need to be made about Erik Gustafsson.

9 thoughts on “Hagel To Miss 2 Weeks, Johnson and Phillips Out Of COVID Protocol”