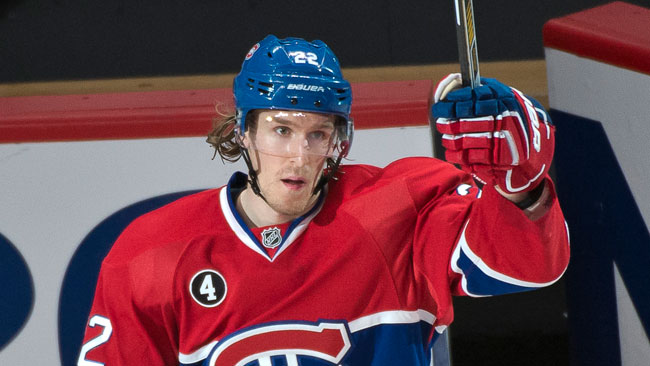 A busy couple days continued for the Blackhawks late Friday as Chicago brought two more forwards into the mix.

The Blackhawks acquired forwards Dale Weise and Tomas Fleischmann from Montreal for center Phillip Danault and a second round pick in 2018. Montreal is retaining 30 percent of Weise’s cap hit.

Chris Kuc reported earlier that that the Hawks wanted to move Teuvo Teravainen back to center, and were looking to add a winger to the third line. Weise would appear to be that man, and Fleischmann will bolster the bottom six as well.

Weise, 27, has 14 goals and 12 assists in 56 games with Montreal this year. He is an unrestricted free agent this summer, and the Hawks have reportedly been scouting him for some time.

Fleischmann, 31, has 10 goals and 10 assists in 57 games with the Habs. He, too, is an unrestricted free agent this summer.

More than a week ago, we had both Ladd and Fleischmann on our list of forwards the Hawks had interest in before the deadline.

Danault, 23, was the Hawks’ first round pick in 2011 and will be a restricted free agent this summer. He has one goal and four assists in 30 games with Chicago this season.