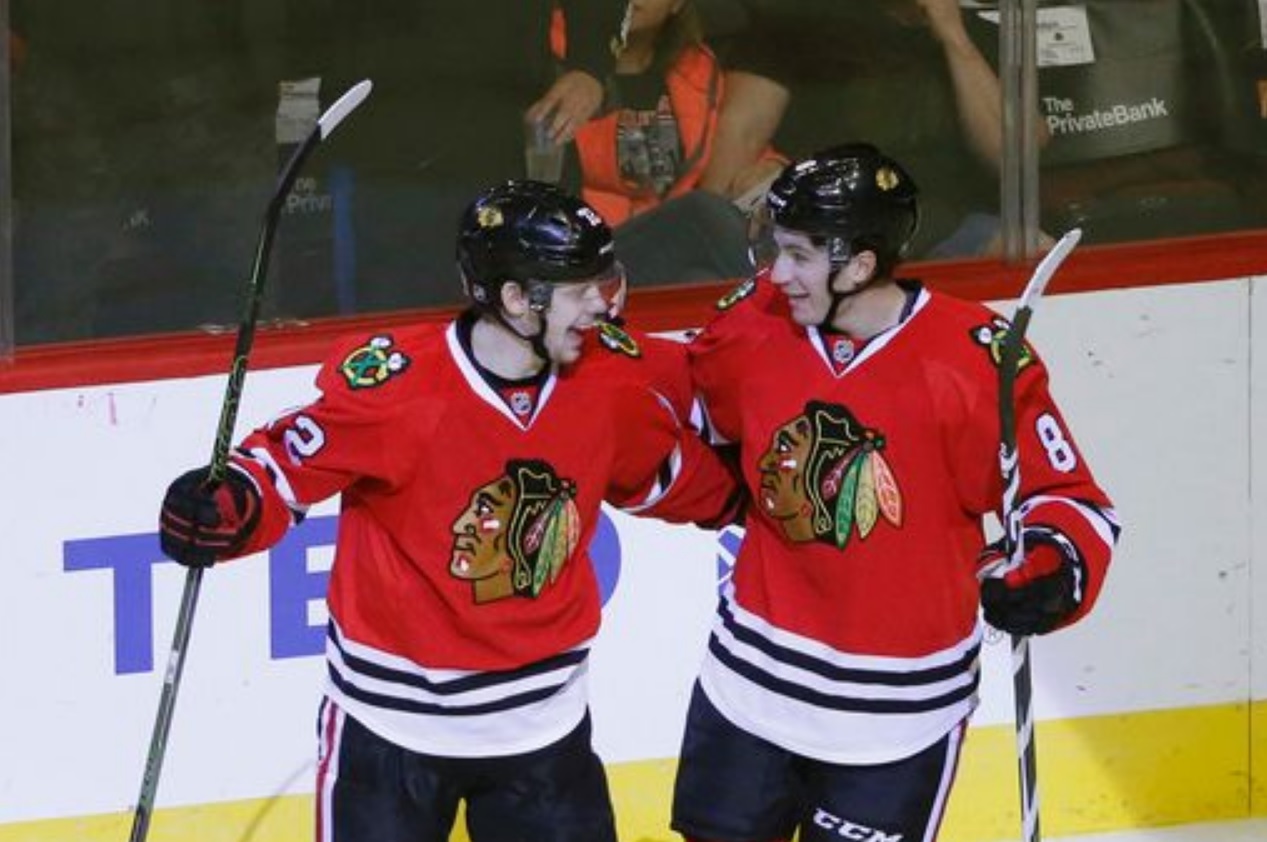 In their final home preseason game before the 2016-17 season, the Blackhawks got a terrific showing from the youngsters vying for a roster spot.

Ryan Hartman opened the scoring in the first period, flipping a backhand past Jimmy Howard for his first of the preseason. Tyler Motte made a great play along the boards to get the puck to Duncan Keith, whose shot rebounded to Hartman in front of the net.

Later in the first, Vince Hinostroza joined Hartman with his first of the preseason. Hinostroza tipped an Andrew Desjardins shot through Howard to extend Chicago’s lead to 2-0. Hinostroza was buzzing the entire night and continued his impressive preseason.

Just for good measure, Nick Schmaltz – playing primarily at center on Tuesday night – got into the scoring as well in the second.

Hartman, Hinostroza and Schmaltz have all had a good camp.

But the prospect turning the most heads continues to be Fortin, who scored his second of the preseason in the third to extend the Blackhawks’ lead to 5-1.

“I’m in a glass case of emotion!” pic.twitter.com/j6AtVq6PKU

Fortin got to skate on a wing with Artem Anisimov and Patrick Kane and showed a lot of patience and maturity throughout the night. Hartman made a nice play to begin the rush that ultimately ended with Fortin’s goal; the assists on Fortin’s goal went to another rookie, Michal Kempny, and Marcus Kruger.

Keith had two assists in his first preseason action and didn’t look like he had missed a beat since last season. He skated mostly with Trevor van Riemsdyk, who is in a battle for a roster spot of his own with Gustav Forsling having another solid outing on the blue line.

Because he hadn’t registered a point with the rest of the kids, Forsling got himself on the board late in the third. On a power play, he made a beautiful shot-pass to Anisimov on the doorstep for a redirected goal to make the final score 6-1 in favor of the Blackhawks.

Corey Crawford got the start and was perfect in his half of the game. Scott Darling replaced him and allowed a second period goal to Louis-Marc Aubry. Brian Campbell and Keith each had two assists in the win as the Hawks limited Detroit to only 18 shots on net.

So how did the young players perform:

The Blackhawks’ final preseason game is in St. Louis on Saturday night. This impressive young group of players will make the decisions in the coming days tough for the Hawks’ coaching staff.