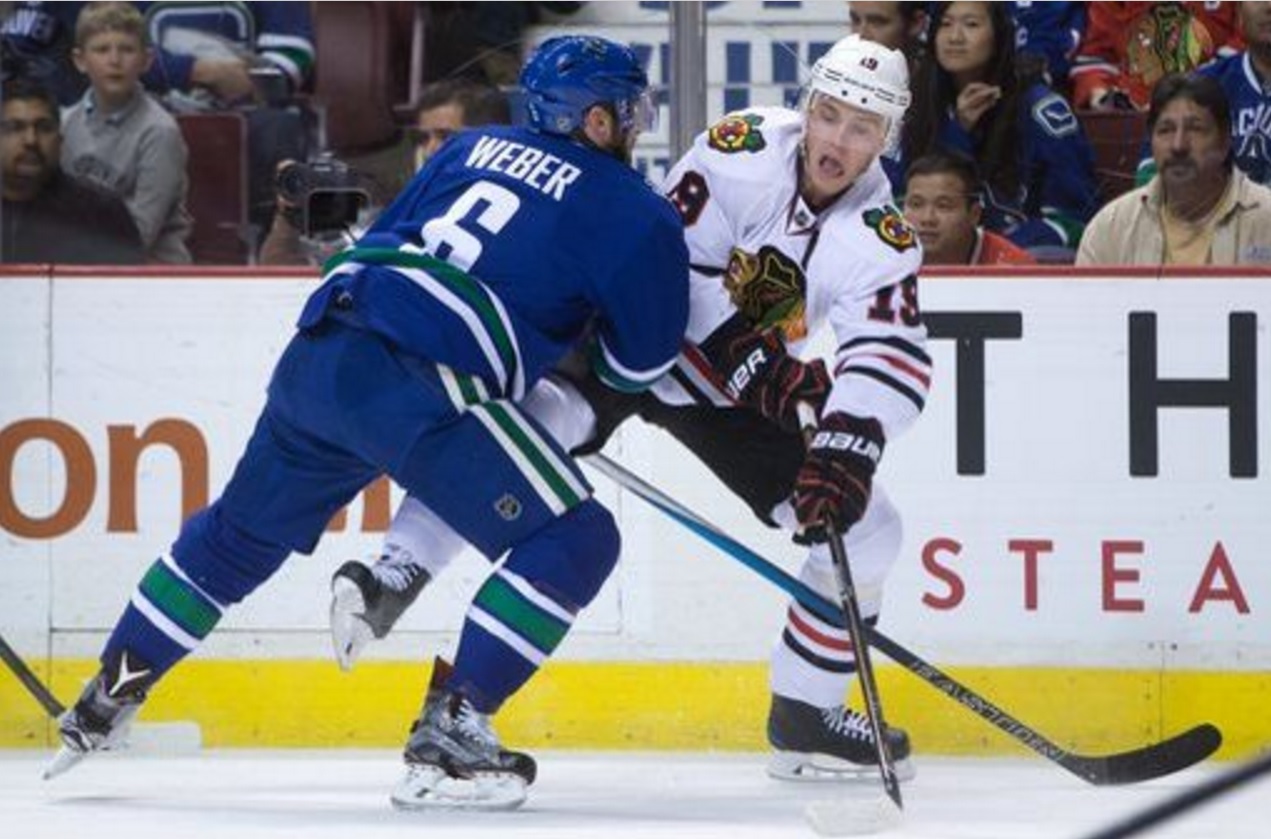 The price to bring Andrew Ladd back to Chicago as steep. But so far, he’s been worth it.

Ladd scored the game-winning goal with 2:27 left in regulation as the Blackhawks won for the second time in as many nights. Winnipeg’s former captain has scored six goals in 13 games since coming back to Chicago.

Chicago’s lineup had significant turnover after playing in Calgary on Friday night. Most noticeably absent from the lineup was Artem Anisimov, who is dealing with a lower body injury. Also sitting on Easter evening were Richard Panik, Michal Rozsival and Erik Gustafsson.

Trevor van Riemsdyk had an assist on both of the Blackhawks’ first two goals, scored by Tomas Fleischmann and Teuvo Teravainen. Christian Ehrhoff made a rare appearance in the Indian head and also collected an assist in the victory. Ehrhoff skated 15:11, blocked two shots and put two shots on net while seeing 79 seconds of power play time.

Viktor Svedberg was in action again and struggled, looking bad on both Vancouver goals. He finished the night minus-two in 12:58.

Also returning to the lineup were Dale Weise and Dennis Rasmussen. Weise was the only Hawks played to skate less than 10 minutes (9:57) and was credited with one hit and one blocked shot, but didn’t do much to earn more ice time. Rasmussen skated 10:44 and won five of six faceoffs with one blocked shot and one hit.

Andrew Shaw had a surprisingly dominant night at the dot, winning 11 of 12 with Anisimov out of the lineup.

Scott Darling was outstanding on Saturday night, and was strong again on Sunday. He made 26 saves against 28 shots in Vancouver.

The Hawks are in Minnesota on Tuesday night.