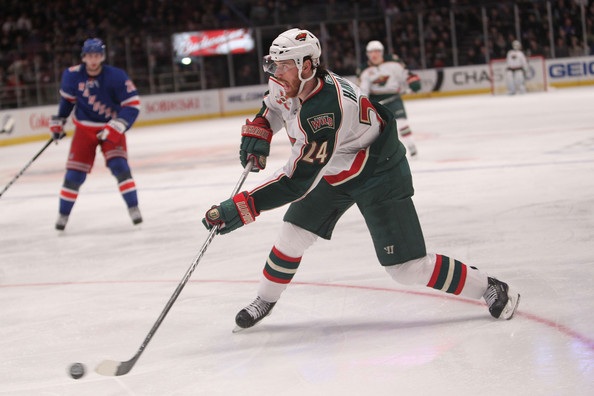 While many American were watching fireworks on July 3, the San Jose Sharks and Minnesota Wild were pulling off the biggest trade of the offseason.

This deal adds a legit, elite player to the Wild’s front line. It adds a clutch forward to the Sharks’ lineup.

Heatley played much of the second half of the 2010-11 season with a broken hand, but still managed to score 26 goals. His inability to bring that scoring punch to the postseason apparently didn’t sit well with Sharks’ brass, who dealt for a player in Havlat that has a history of scoring big goals.

After leaving Chicago prior to the 2009-10 season, Havlat was critical of the Blackhawks’ front office; he was very public with his feelings, posting comments on Twitter that likely burned bridges with Chicago’s front office. He, and his agent, have also been critical on Twitter of Minnesota’s approach to their roster.

Frankly, Havlat and his agent have done everything but ask for a trade on Twitter in the last 24 months. Now they got their wish: Havlat’s on a winning team.

Havlat has four more years left on his contract with a $5M cap hit. Heatley, meanwhile, has three more years at a $7.5M cap hit.

This is the second trade of this offseason between Minnesota and San Jose. During the Draft last weekend, the Wild traded veteran defenseman Brett Burns and a 2012 second round pick to the Sharks for 24-year-old Devin Setoguchi, last year’s first-round pick Charlie Coyle and the 28th overall pick in this year’s draft.

The Wild have also added forward Darrell Powe, who was acquired in a trade with the Flyers in exchange for a 2013 third round pick.