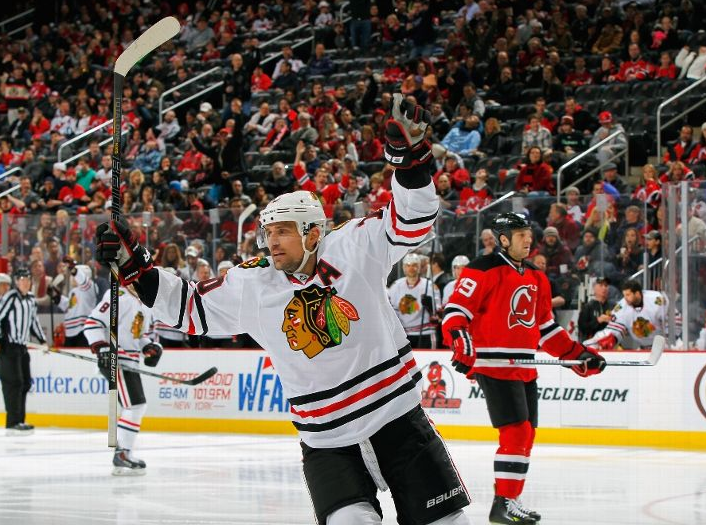 Ahead of Game Five, we’ve already looked back at how the Blackhawks put together their goaltenders and defensemen. Now, let’s remember how this group of forwards was constructed. BONUS: the pick the Blackhawks traded to Toronto (#32 overall in 2010) in exchange for the picks used on Saad and Paliotta was originally owned by… the Maple Leafs. Toronto traded the pick to Montreal in the deal that brought Mikhail Grabovski to the Leafs in July of 2008. On Sept. 12, 2008, the Habs dealt the pick to Chicago for Robert Lang. After re-acquiring the pick from Chicago in September of 2009, Toronto traded it as part of the package that brought Phil Kessel from Boston.

The Blackhawks effectively traded Robert Lang for Brandon Saad and Mike Paliotta in 2008. 6 thoughts on “How The Blackhawks Were Built – Forwards”