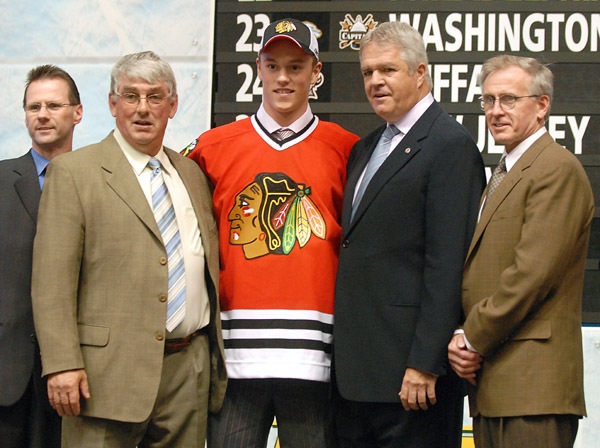 Earlier today, we looked at the Hawks’ opponent in the Western Conference Final. How were the Los Angeles Kings built? Mostly through the draft, but they also needed to make a number of key trades to add pieces to the mix.

Similarly, the roster coach Joel Quenneville is sending out each night has been built largely though the draft. Let’s look at how the 2013-14 Blackhawks were put together. 2 thoughts on “How the Blackhawks Were Built”