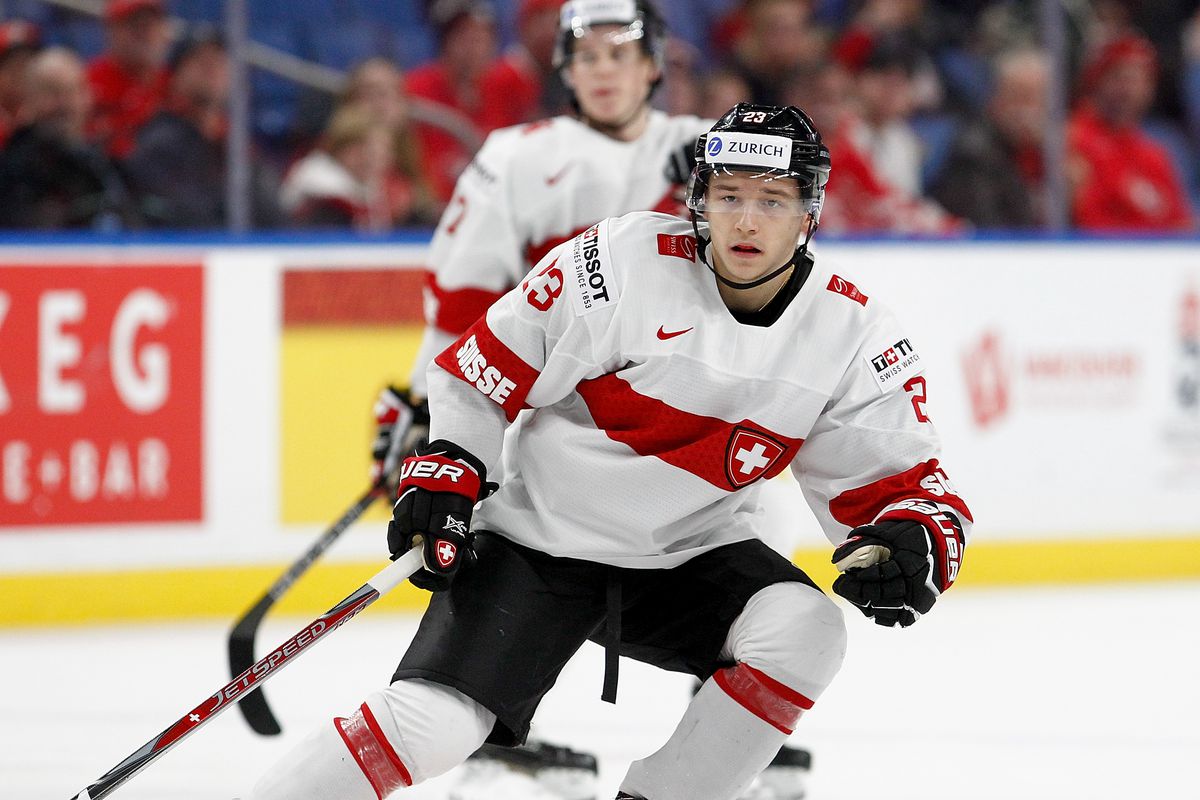 Here’s our recap of the Blackhawks prospects at the 2019 World Junior Championships.

Kurashev was one of the break-out stars of the tournament. He led the tournament in goals with six and put 28 shots on net while averaging 15:42 TOI. Four of his goals came on the power play as the Swiss ran all the way to the bronze medal game, losing to Russia.

Chicago’s top blue line prospect scored one goal with three assists in an underwhelming tournament for Sweden. He finished plus-four in five games and scored the overtime game-winning goal against the United States.

After skating in 32 games for the Blackhawks to open the season, Jokiharju was loaned to Finland for the tournament. He averaged 22:32 TOI and finished the tournament with five points (two power play goals, three assists) in seven games as Finland won the gold medal. He collected one assist in the finale and is set to rejoin the Blackhawks this week.

Mitchell scored one goal and added two assists while averaging 15:42 TOI. He was a key contributor on both special teams for Canada. He finished the tournament plus-six.

Barratt scored the game-winning goal in the United States’ win over Slovakia and put 25 shots on net in the tournament. He won 52 percent of his faceoffs as the second line center for the United States. He’ll return to Penn State, where he’s having a marvelous season; he has 13 goals and 16 assists in 17 games.

Galvas had one assist in five games in the tournament and averaged 21:33 TOI.