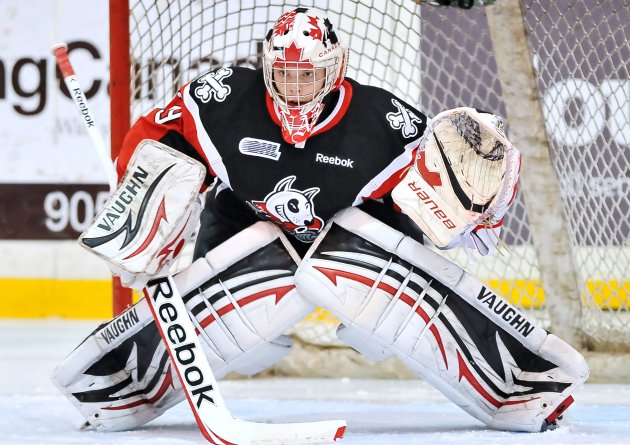 While the world waits for the Blackhawks to make a move (or two… or three…) their AHL affiliate added two more depth pieces on Wednesday. The IceHogs announced one-year AHL contracts with goalie Mark Visentin and forward Daniel Ciampini.

Visentin, who will turn 23 in August, will get a chance to back up Michael Leighton in Rockford this season after missing the entire 2014-15 season due to injury. He spent most of the 2013-14 season with the Portland Pirates, but did make his NHL debut with the Phoenix Coyotes late in that season. Visentin’s AHL resume is a 29-30-0 record, a 3.11 goals against average and a .902 save percentage in 75 games.

Visentin was originally selected in the first round (#27 overall) of the 2010 NHL Draft by the Coyotes. He was named the OHL Goaltender of the Year for the 2010-11 season, and represented Canada at the 2011 U20 World Junior Championships. He is listed at 6-2 and 201 pounds.

Ciampini, 24, led Union College with 26 goals and 50 points in 50 games last year in the ECAC. After finishing four years at Union, Ciampini signed with the Worchester Sharks, posting three goals and three assists in 15 games. He is listed at 5-11 and 185 pounds.