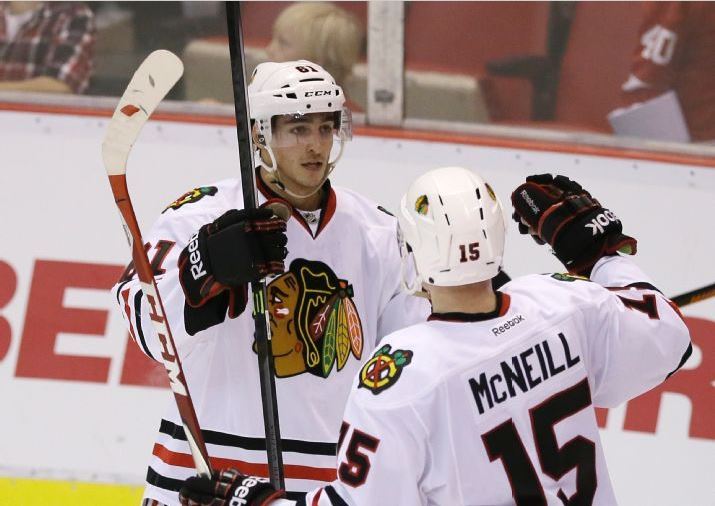 Garret Ross’ days with the Blackhawks organization might be numbered.

According to Chris Block, it was Chicago management that pulled Ross from the lineup, and his jersey from this weekend’s auction.

A source with knowledge of the situation confirmed it was Chicago Blackhawks management who ordered that Ross be removed from the IceHogs lineups on Saturday and Sunday.

Ross, 23, is in the final year of his entry-level contract with the Blackhawks. He has 97 points in 204 career AHL games.