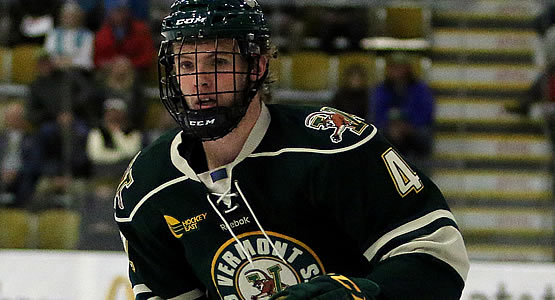 On Wednesday the Rockford IceHogs announced they have agreed to terms with forwards Liam Coughlin and Jack Ramsey on one-year AHL contracts that run through the 2019-20 season.

Coughlin, 24, was acquired from the Edmonton Oilers in a trade for goaltender Anders Nilsson in 2015. He just completed is senior season at the University of Vermont, posting 17 points in 29 games.

Ramsey, 23, was originally selected by the Hawks in the seventh round (208th overall) of the 2014 NHL Draft. He served as an alternate captain for the University of Minnesota as a senior, scoring three goals with one assist in 38 games. Ramsey made his pro debut with Indy in the ECHL last season and scored once for the Fuel.