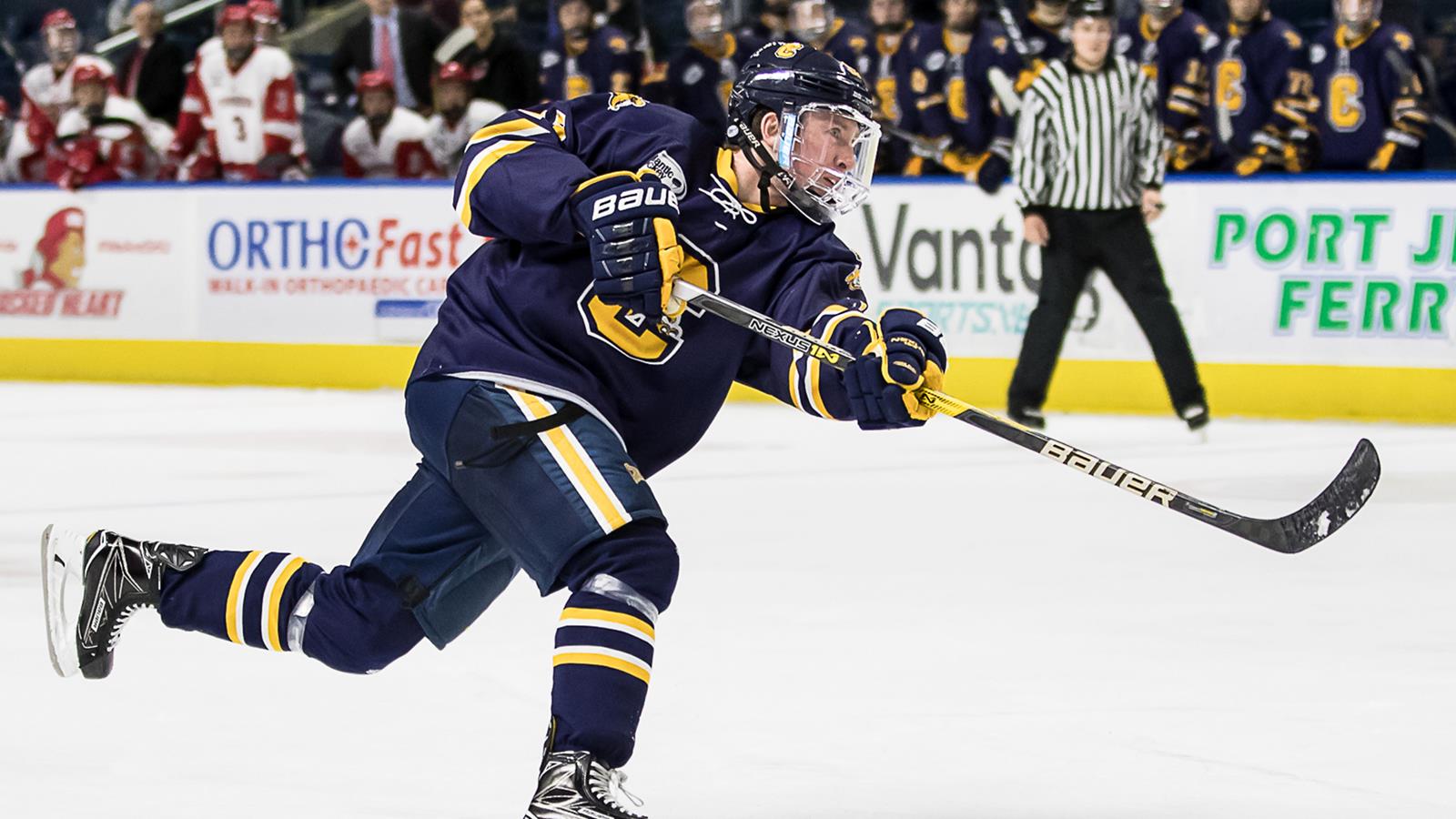 On Wednesday the Rockford IceHogs signed center Dylan McLaughlin to an AHL contract; he is not officially part of the Blackhawks organization, but will join the IceHogs.

McLaughlin, 23, just finished his fourth and final season at Canisius College. He was a top ten finalist for the Hobey Baker Award in 2018 after posting 17 goals and 31 assists in 37 games. In four seasons at Canisius McLaughlin put up 147 points in 152 games and led the Golden Griffins in points each of the past three seasons.

McLaughlin is listed at 5-11 and 182 pounds and will wear number 18 for Rockford. He played for the Cedar Rapids RoughRiders of the USHL before moving on to Canisius.