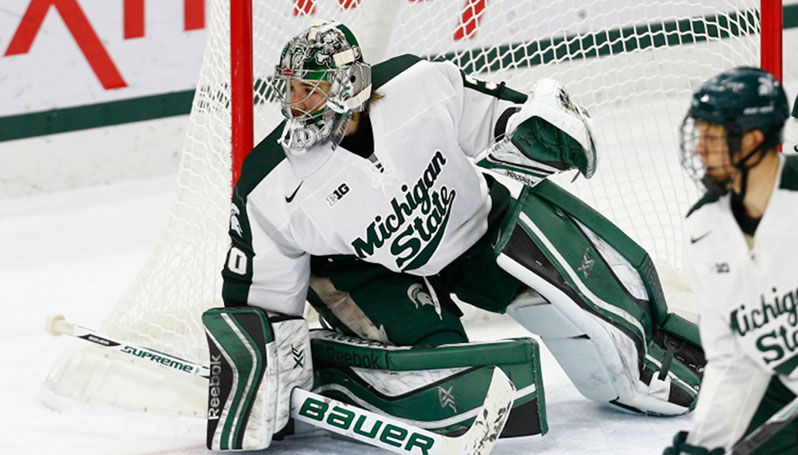 On Wednesday, the IceHogs announced the team has signed former Michigan State goaltender Jake Hildebrand on a one-year AHL contract.

Hildebrand, who will turn 23 on Sunday, was named the Spartans’ Team MVP after all four of his collegiate seasons (2012-16), making him the first four-time Team MVP in Michigan State hockey history. He was named the Big Ten Player of the Year and Goalie of the Year for the 2014-15 campaign after finishing the season tied for national lead with six shutouts.

After completing his senior season in East Lansing, Hildebrand joined the Allen Americans in the ECHL. He posted a .925 save percentage and 5-1-0 record in six regular season games with Allen before appearing in eight postseason games – including three Kelly Cup Final contests – with the Americans.

Hildebrand joins recently re-signed Mac Carruth and new addition Lars Johansson in the competition for ice time between the pipes in Rockford.